Protecting the Amazon from toxic mercury

Toxic mercury sits in Brazilian soil like a ticking time bomb until erosion unleashes it into the Amazon River. New TWAS Fellow Luiz Drude de Lacerda is studying ways to keep that mercury under control. 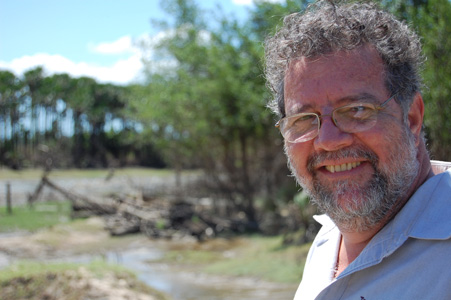 The Amazon basin has a long history of mercury contamination, stemming from the mining industry. Luiz Drude de Lacerda, one of TWAS's 52 recently elected Fellows, works to improve our understanding mercury pollution in the Amazon, and how some plantlife native to the area could be vital allies to containing it.

“Most of this mercury is from present-day gold mining or past Spanish silver mining,” said Lacerda, a biogeochemist with Universidade Federal do Ceará in Brazil. “They use the mercury to amalgamate the gold, and after that they burn the amalgam to release the mercury, and have your silver or gold that’s pure.” The mercury then goes into the atmosphere, but is brought back to the soil by rainfall. In the topsoil, it sits like a ticking time bomb, activated when erosion sets it loose into the water stream. Erosion is sped up by activities such as deforestation, making the mercury problem worse even where mining no longer takes place.

“All this mercury contamination today is due to changes in the ecosystem rather than a new source of mercury coming into the Amazon,” said Lacerda. “This is important because the Amazon in changing very fast. We’re not sure how much mercury can still be mobilized and when it’s going to reach us, because it would be highly toxic to the local population.”

Lacerda also studies how mangroves – trees and shrubs that grow in tropical swamps – present a natural means to control the mercury problem. Mangroves need very little oxygen, which allows their soils to act like a sponge that absorb metallic contaminants. “It’s a fantastic natural treatment for polluted waters,” said Lacerda. “But only works if you keep the mangroves intact.” If you cut away the mangroves for farming or erecting new buildings, which is common in Brazil, then the molecules in the soil holding the mercury in place break apart and release the heavy metal back into the water and atmosphere." 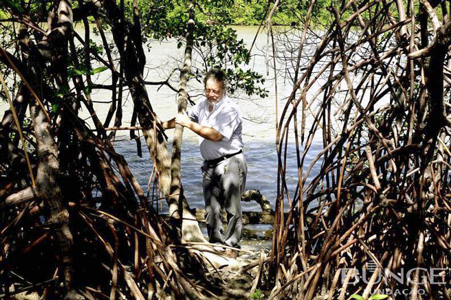 “This legacy of contamination that we’ve been building up...can be remobilized by changing the planet surface,” he said.

Lacerda said he’s happy to have been elected a TWAS Fellow, because the organization helps raise the prestige of universities in the South and gives him and other scientists in the developing world another chance to make a difference. “In Brazil, when people say, ‘Where did you get your PhD?’, getting it in the Third World is not seen as fancy,” said Lacerda.

“We're all scientists," he added. "We're not doing anything different in Africa, South America and Asia.”

Tags:
TWAS member
TWAS fellows
Buenos Aires 2013
ecology
geochemistry
Pollution
Brazil
Your subscription could not be saved. Please try again.
Your subscription has been successful. An e-mail with a link has been sent to confirm your subscription.
This website does not use profiling cookies, but only first and third party technical cookies, including cookies from social media plugins.
To learn more about our cookie policy or to change your cookie settings, click here.
By using this website and clicking “accept”, you consent to the use of cookies in accordance with our cookie policy.Accept