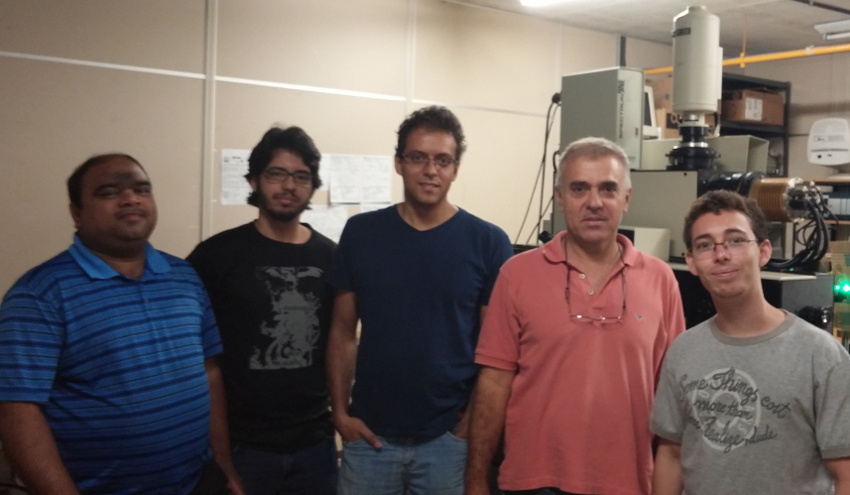 Physicist Marcos Pimenta works with two of the biggest modern developments in nanoscience: graphene, thin 2-dimensional sheets, and nanotubes, carbon atoms arranged into a minuscule cylinder. Both of these pure carbon substances are extremely hard, excellent conductors of heat, and scientists and engineers often use them to produce electronic devices and new materials.

How graphene and nanotubes respond to heat, electricity or stress can dramatically change when mixed with other materials. Pimenta made important contributions to the study of graphene and carbon nanotubes using resonance Raman spectroscopy – a method using laser light to observe how a material’s atoms vibrate and how it behaves electronically.

He received his PhD in physics in 1987 from the University of Orléans, France, and in 1989 he became professor at the Department of Physics of Federal University of Minas Gerais (UFMG) in Belo Horizonte, Brazil.

In 1992, he created the Raman Spectroscopy Laboratory at UFMG and in 1997 began the research area of carbon nanomaterials there. He has served in high-level positions for several Brazilian nanoscience organizations, and is currently director of the Brazilian Institute for Science and Technology (INCT) of Carbon Nanomaterials.

He has won national and international awards, including the 2009 Somiya Award for International Collaboration from the International Union of Materials Research Societies, for collaborative works with scientists in the United States, Mexico and Japan. In 2010, he received the command of the Brazilian Order of Scientific Merit.