Particle physicist Shih-Chang Lee says that his election as a TWAS Fellow shows that Taiwan, China, is achieving international standards in science. 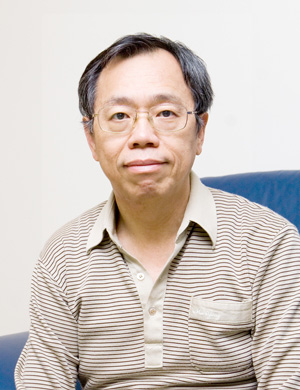 Shih-Chang Lee, one of TWAS's 52 recently elected Fellows, led the Taiwan team part in the recent discovery of the Higgs boson at the Large Hadron Collider near Geneva, Switzerland. Lee, of the Academia Sinica in Taiwan, China, is also closely tied to the discovery nearly two decades ago of another particle, the top quark.

Lee said people of his age in Taiwan were told the story of 1957 physics Nobel laureates (and TWAS co-founders) Chen Ning Yang and Tsung-Dao Lee in elementary school, and at that time "the best students always went into particle physics." He travelled down that path in life, and became part of the Taiwanese team in an international collaboration in particle physics with the Collider Detector at Fermilab (CDF) in the United States in 1993.

At that time, particle physicists were hunting for the top quark. Quarks are the elementary particles that make up protons and neutrons, and types of quarks come in pairs. The most common quarks are called either up or down quarks, and when you have two of one and a third of the other, you get either a proton or a neutron. For example, two up quarks and one down quark make a proton.

But there are also higher tiers of quark pairs that are heavy, unstable, and decay quickly. The second tier is the strange and charm quarks. In the 1970s, another quark called the bottom quark had been discovered, but it was missing the partner predicted by theoretical physics, the extremely unstable top quark. "The top quark is very, very heavy. As heavy as a gold nucleus," said Lee. The only way to find it was to slam particles into each other at high speeds and watch for the reaction. "Essentially, you squeeze a lot of energy into a small point, and you see how this energy turns particles."

In the early 1990s, evidence for the top quark began to build, until finally physicists at both CERN and the DZero experiment at Fermilab found it in 1995.

More recently, Lee worked with the ATLAS experiment at CERN, one of two detectors that contributed to finding the elusive Higgs boson that excited the physics world and the general public last year. The Higgs boson decays so fast that it is impossible to detect directly, but its decay generates other particles that physicists can spot to infer its existence. The Taiwanese team at CERN developed methods to help pick up the signal from the decaying Higgs and actively participated in the effort to find it.

"I'm glad I was elected [to TWAS]," said Lee. "I have been working in Taiwan for 30 years now and I think it shows that the admission through Academia Sinica is up to a certain kind of international standard."