Cheng-Wen Wu, founding president of the National Health Research Institutes (NHRI) in Taipei, spoke at the TWAS 11th General Conference in Durban, South Africa, where he was awarded a TWAS regional prize for institution building, in recognition of his leading role in building a world-class system of biomedical research in Taiwan. 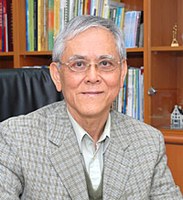 "When I arrived in Taiwan in 1988, few scientists from Taiwan had published their findings in peer-reviewed international scientific journals. Today, it happens all the time." Indeed, in 2007, scientists in Taiwan published nearly 18,000 articles in peer-reviewed international journals. That placed Taiwan eighteenth in the world in scientific publications, and fourth in Asia. "More than a quarter of these articles were in the field of biomedical research", notes Wu, "making it the strongest scientific field in Taiwan".

Wu founded the Institute of Biomedical Sciences (IBMS) in 1988 upon returning to Taiwan from the United States, where he had worked for more than 20 years. "I was the first member of the Academia Sinica to come back", he says. "Taiwan", he adds, "had been sending some 3,000 scientists a year to the United States since the 1950s".

Within a brief time, Wu persuaded some 30 members of the Asian diaspora to return. "I was able to convince the returning scientists that they could build a successful career at the institute", says Wu. "I also had the added advantage that Taiwan's economy was beginning to take off, which generated a sense of optimism for the future".

Within less than a decade after its creation, IBMS was a thriving enterprise, focusing on a broad range of research challenges that included the diagnosis and prevention of infectious diseases, neuroscience, and novel treatments for cardiovascular disorders.

But Wu had still larger plans for medical research in Taiwan. "At the time, we had just 4,000 biomedical researchers. In the US, a major university associated with a research hospital can have as many or even more biomedical scientists and clinicians on staff".

That's why Wu believed that the creation of a coordinating health research agency, modelled along the lines of the National Institutes of Health (NIH) in the United States, was essential. "I knew we needed to work together and to improve the efficiency of our operations to compete on an international level", Wu says.

The result was the creation of the National Health Research Institutes (NHRI) – a nongovernmental, but publicly funded, agency dedicated to "promoting and integrating research efforts undertaken by biomedical institutions in Taiwan".

The key to the success of the NHRI, founded in 1996, lies in its promotion of excellence. It was one of the first institutions in Asia to institute a peer-reviewed system for project funding, which draws on the expertise of internationally renowned scientists. "Proposals undergo a rigorous review process," explains Wu, "which can be as stringent as the review process at the NIH". The success rate stands at 20–30%.

The NHRI's primary function is to undertake mission-oriented research. It tackles challenges in clinical and translational medicine, leaving basic medical research to universities. Research areas include antimicrobial resistance, cancer and diabetes diagnosis and treatment, and the causes and treatment of obesity. In addition, it focuses its efforts on biotechnology development and health policy research.

Wu pointed to several success stories in the institute's efforts. For example, its surveillance of antimicrobial resistance among several common bacteria led the Bureau of National Health Insurance to ban prescriptions of antibiotics in the treatment of respiratory diseases, to curb the use of unnecessary antibiotics.

The NHRI has also studied the efficacy of the drug gefitinib in the treatment of lung cancer, one of the leading causes of death in Taiwan. The main causes of lung cancer in Taiwan differ from those in the West. For example, 90% of women in Taiwan who contract the disease are non-smokers. Patient response to medication can also differ significantly: NHRI's studies have shown that gefitinib induces a positive response rate of 50%, compared to only 10% in the United States.