The International Year of Chemistry 2011 (IYC 2011), a year-long celebration of chemistry's contributions to society, is taking place this year. IYC 2011 is designed to draw attention to the important role that chemistry plays in our lives.

Renowned chemist Henry N.C. Wong (TWAS Fellow 2005) has highlighted this role in his cutting-edge research on furans. These five-atom chemical compounds help scientists obtain large amounts of molecules that can be analysed to determine if they have therapeutic value in combating disease.

Wong, currently a professor at the Chinese University of Hong Kong, displayed a keen interest in chemistry at a young age. "I carried out my first experiments in secondary school," he recalls. "Unaware of the potential danger, my classmates and I tried to produce gases like hydrogen and hydrogen sulphide." 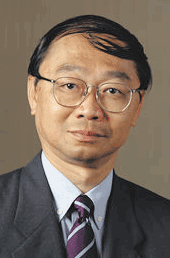 From these early adventures, Wong's interest in chemistry, nurtured by inspiring teachers, grew.

Today, Wong holds a number of prestigious positions. In addition to serving as a faculty member of the Chinese University of Hong Kong, he is also the university's pro-vice-chancellor for research and chair of the Management Committee of the Shanghai-Hong Kong Joint Laboratory in Chemical Synthesis.

But it's his research on furans that have earned him an international reputation in the world of chemistry.

Furan, first described by scientists in the late 1700s, is a compound consisting of four carbon atoms and one oxygen atom. It is prepared in large quantities through the acid treatment of vegetable residues derived from the production of oats and cornflakes.

"Furans" he explains, "allow researchers to synthesize other compounds – for example, pallavicinin, which is identified in the Taiwanese liverwort Pallavicinia subciliata.

"Pallavicinin's biological activity," Wong notes, "has not been studied in much detail. But by using organic synthesis, based on the framework of furans, we can produce enough material for extensive biological studies. As a result, the potential to uncover therapeutic properties becomes much more likely".

Wong cites another compound that has been isolated from the sponge Plakortis halichondriodes. He notes that "his research group recently synthesized four possible alternative configurations of the same molecule – the so-called plakortone B." The molecule, he says, is known for its "calcium-pumping effects" inside muscle cells. Such effects could have wider health implications as well – for example, in easing cardiac muscle contraction.

That's the kind of social impact that IYC 2011, which is organized around the theme of "Chemistry – our life, our future", is intended to showcase. The celebration, an initiative of the International Union of Pure and Applied Chemistry and UNESCO, will continue through the end of this year. For additional information, including a catalogue of the events, see www.chemistry2011.org.