Changing world of science in the South

Big changes are taking place in science in the developing world. But not all countries are sharing in the growth of scientific knowledge, says Mohamed H.A. Hassan, executive director of TWAS. He spoke at a ministerial roundtable at the Hungarian Academy of Sciences held prior to the World Science Forum. 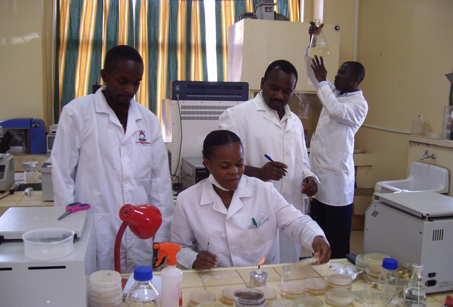 Each country should set aside adequate funds to support young scientists and productive research groups to address critical social and economic needs.

Budapest, Hungary. The world is experiencing a historic shift in the production of scientific knowledge, says Mohamed Hassan, executive director of TWAS. "Recent surveys not only show rapid and substantial growth in the number of scientific publications emanating from the developing world, but also indicate that this trend is accelerating." Hassan made his remarks at the Ministerial Roundtable on "the structure, organization and funding of scientific research," organized by UNESCO with support from the Islamic Educational, Scientific and Cultural Organization (ISESCO) and the Swedish International Development Cooperation Agency (Sida). The roundtable took place at the Hungarian Academy of Sciences prior to the World Science Forum.

"The numbers are compelling," Hassan noted. Between 1981 and 1994, China, for example, placed a distant 13th in world rankings for articles published in peer-reviewed international journals devoted to science, medicine and engineering. Its scientists accounted for just 0.9% of the total number of articles worldwide. In 2000, China climbed to 8th place, as its global share of publications rose to 3.6%. By 2007, China jumped to second placed in global rankings, trailing only the United States, as its global share of publications reached 7.6%.

The rise of science in China, however, only tells part of the story. Between 2000 and 2007, the percentage of publications in countries beyond the top-eight performers (the United States, China, Japan, Germany, the United Kingdom, France, Italy and Canada) more than doubled from 18.4% to 37.5%.

Equity in the production of scientific knowledge among developing countries still remains a distant and elusive goal.

Yes, the pace of growth in publications in the developing world over the past several decades, and particularly over the past decade, has been spectacular. That's the good news. But if you look behind the aggregate figures, a number of challenges remain stubbornly in place. The truth is that equity in the production of scientific knowledge among developing countries still remains a distant and elusive goal.

For example, in 2007, China accounted for nearly one-third of all publications in science, engineering and medicine in the developing world. Moreover, 11 other developing countries or countries with emerging economies (led by India, South Korea, Brazil, Taiwan and Turkey) were responsible for more than 85% of the publications in the South.

"These statistics," Hassan says, "paint a much gloomier picture that has been masked by the much brighter overall trends." It means, in short, that some 90 developing countries produce less than 15% of the total number of publications in science, engineering and medicine coming from the South."

"Sub-Saharan Africa," Hassan states, "remains the most troubled region. Total expenditures for research and development in the region remain appallingly low." Indeed, except for South Africa, every country in the region spends less than 0.5 % of its gross domestic product on research and development. For instance, South Africa has just bridged the 1% threshold. Equally disturbing, except for South Africa (which spends USD4 billion in purchasing power parity or ppp), annual national expenditures for research and development in sub-Saharan Africa are in the millions of dollars – indeed often in the low millions. Ethiopia spends USD106 million annually, while Zambia spends just USD4.5 million and Lesotho even less, USD1.5 million.

So, what's to be done? Hassan suggests several concrete measures. 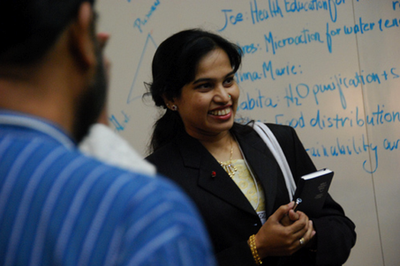 "It is indeed possible to devise a blueprint for science-based sustainable development," Hassan concludes. But he is quick to add that translating this blueprint into successful policies will require continued growth in scientific capacity (especially in poor countries) and creating initiatives that promote public understanding of the role of science in society and that forge strong links between the science and policy communities.