The TWAS-Lenovo Science Prize, one of the most prestigious prizes given to scientists in the developing world, has been awarded to Chilean theoretical physicist Claudio Bunster Weitzman for his contributions to understanding gravity and the quirky physics of tiny, fundamental particles of matter. 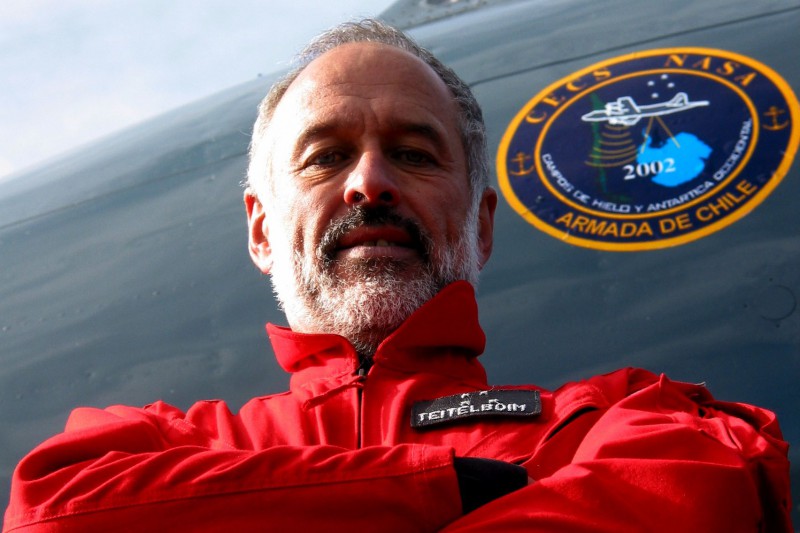 Bunster’s work has been on the frontier of several areas of theoretical physics, sometimes even bringing them together in creative ways. He has tackled such complex and mysterious topics as black holes, incredibly massive collapsed stars where the gravity is so intense that even light cannot escape, and magnetic monopoles, extremely minuscule particles that some physicists suspect generate magnetic field lines. Magnetic monopoles consistently appear in equations even though they have never been seen in action, and Bunster has worked with other leaders in the field to consider creative ideas, such as the possibility that the particles might be so elusive because they are hiding in the difficult-to-observe black holes.

The prize is the most prestigious given by TWAS, The World Academy of Sciences for the advancement of developing countries. It was presented to Bunster Tuesday 1 October at a special ceremony during the 2013 TWAS General Meeting in Buenos Aires, Argentina. The honour includes a prize of USD100,000 provided by Lenovo, the Chinese technology firm.

"Coming to Buenos Aires to receive this prize from The World Academy of Sciences and Lenovo is to be rewarded at home by the world,” Bunster said. “It is perhaps symbolic that the phone call from TWAS President Professor Bai Chunli with the good news was placed from Beijing to Valdivia: two places with a time difference of 12 hours, and whose latitudes are the same in magnitude, but one North and the other South."

“Being a global technology firm originated from a developing country, we understand how science and technology can be of great value and importance to a growing economy,” said George He, chief technology officer at Lenovo. “We felt deeply the responsibility to help promote and support fundamental research in developing countries. Work like Dr. Bunster’s, which started a school of theoretical physics in Chile, is most meaningful and has far-reaching impacts in this sense.”

"The work done by Claudio Bunster Weitzman over the course of a very productive career has improved our understanding of the fundamental workings of nature," said Bai. "He is a world-class scientist, and he is a powerful symbol of the excellent science that is being done by researchers in the South."

Bunster was born in Santiago, Chile, on 15 April 1947. He was educated at Universidad de Chile and Princeton University. He has taught at Princeton, the University of Texas at Austin and Universidad de Chile, and he has been a long-term member of the elite Institute for Advanced Study in Princeton. He has received the Chilean National Science Prize, the Humboldt Award, is an Honorary Member of the International Solvay Institutes and a foreign associate of the U.S. National Academy of Sciences. He was elected a TWAS Fellow in 1991.

Bunster's interest in theoretical physics began with the problem of radiation reaction in classical electrodynamics – a recoil force from when a charged particle emits electromagnetic radiation. His work on the problem led to a new interpretation of the equation behind the motion. Later, his work focused on general relativity – the theory describing the curvature of spacetime by gravity – shedding light on areas such as the nature of black holes. For example, his work has shown that when a black hole swallows a magnetic monopole, it starts rotating, like the enormous one in the centre of the Milky Way does.

The prize not only honours Bunster’s scientific achievements, but befits his role as a scientist who bravely stood for promoting scientific research in the developing world even during a time of oppression. After about 15 years abroad in the United States, Bunster returned to Chile to show through example that a world-class science institute could be established in the developing world, even though Chile was enduring the dictatorship of General Augusto Pinochet.

“I felt that precisely at that time I could be more useful, and this could be best accomplished by having an independent place where colleagues from all over the world could visit and bring some light into the darkness,” Bunster told the U.S. National Academy of Sciences in an interview for a profile.

In 1984, he founded the Centro de Estudios Científicos (CECs) in Chile, an independent research centre. Even though he was forbidden from teaching at Chilean universities by the Pinochet regime, CECs’s success eventually led Bunster to permanently settle in Chile. He has been the director of CECs since its founding, and the centre is currently home to first-rate research in theoretical physics, biological sciences, glaciology and climate change.

At the meeting, Bunster will discuss the nature of electromagnetism and spacetime. Electricity and magnetism are part of the same physical force, called the electromagnetic force, a principle first established in Scottish physicist James Maxwell’s equations a century-and-a-half ago. But this duality is in tension with theories describing spacetime. Bunster’s presentation will suggest that it may be better to look at the duality of electricity and magnetism as more fundamental to nature than the structure of spacetime. The lecture will begin today at 14:30.

This is the first year ever for the TWAS-Lenovo Science Prize, the successor to The Ernesto Illy Trieste Science Prize that ran for eight years. During its first four-year cycle (2013-2016), the TWAS-Lenovo prize subject is focusing on the basic sciences, with the subject area changing each year: physics and astronomy in 2013, biological sciences in 2014, mathematics in 2015 and chemical sciences in 2016.

"I want to thank Lenovo for their generous support to TWAS," Bai said. "We sincerely hope the establishment of TWAS-Lenovo Science Prize will further stimulate science advancement in important fields, across the developing world."