The Creative Power of Collaboration

John Fredy Barrera Ramirez, an optical physicist working on the use of light to encrypt data, has been a professor at the Physics Institute at Universidad de Antioquia in Medellín, Colombia, since June 2006. But when TWAS gave him the chance to conduct cutting-edge research in Argentina, he was eager for the opportunity. 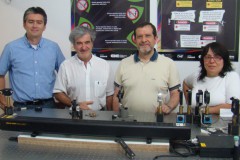 A TWAS-UNESCO associateship allowed Barrera to work at laboratories at Centro de Investigaciones Ópticas (CIOp) in La Plata, Argentina. Those labs have equipment, Barrera explained, such as lasers that emit light at different wavelengths, high-resolution cameras, a wide range of lenses, and tools for splitting or combining laser beams. The centre also has a vast, up-to-date library of books and journals on optics and photonics that made CIOp a perfect fit for his interests.

Barrera's story is one of several in the just-released 2012 TWAS Annual Report featuring Academy programmes that help scientists in the developing world do their best work, advance their careers and build a better world. The associateship allows scientists to make two visits during a three-year period to a centre of excellence in the South. There, the associate can pursue collaborative research with some of the best scientists in their field.

Barrera explained that encryption allows people to protect their information by converting it to apparent nonsense. Someone with the right to that information possesses a secret key that can detangle the nonsense-data, turning it back into the original information, a process called decryption. In optical encryption, the data is transformed into a random visual pattern, and decryption reverses the process. The technology is useful for security systems that protect data from intruders. 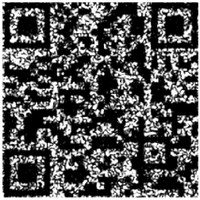 The work by Barrera and his colleagues is on quick-response codes, also known as QR codes, the increasingly popular square barcodes that can be read by cameras in smartphones and tablet computers. The barcodes are normally used in advertising and shopping, but Barrera’s team has been using QR codes for encryption because, unlike previous methods, they can completely eliminate noise from the recovered information.

During the timeframe of Barrera’s last visit to Argentina, from mid-September to mid-December 2012, he and his colleagues explored QR codes as a means of noise-free information retrieval. They also explored a way to encrypting multiple sources of data at once, and an experimental method for encrypting text of any length. “Our work can be adapted in almost any security applications,” he said.

The research team is also exploring the use of visual codes for safely transferring digital movie files, and published a study on encrypting movies using light in Optics Express in 2012. Research from Barrera’s work at CIOp has appeared in journals such as Optics Letters, Optics Communications, Applied Optics and theJournal of Optics. Members of his team also presented their work at ten national and eight international conferences, and their work has even been featured in the Highlighted Research section of Nature Photonics.

Barrera said his experience in CIOp’s productive work environment will help him bring knowledge and experience back to Colombia. Every day he and his colleagues met to present new ideas, which made for a very innovative environment and was a major reason the research team was able to produce so many advances in the optical encryption field.

"I am completely sure that the TWAS Associate Membership Scheme is the best way to support the research in the Third World," he said.

Now that his associateship is over, Barrera plans to continue as a professor in Colombia and promote the study of light physics there, as well as lead further optical encryption research. 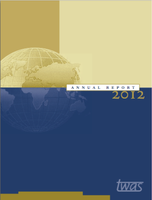