Diversity at the core of progress

Women have historically been underrepresented among members of The African Academy of Sciences. Executive director Berhanu Abegaz says fixing that is a priority – and the academy's female ranks are now showing growth 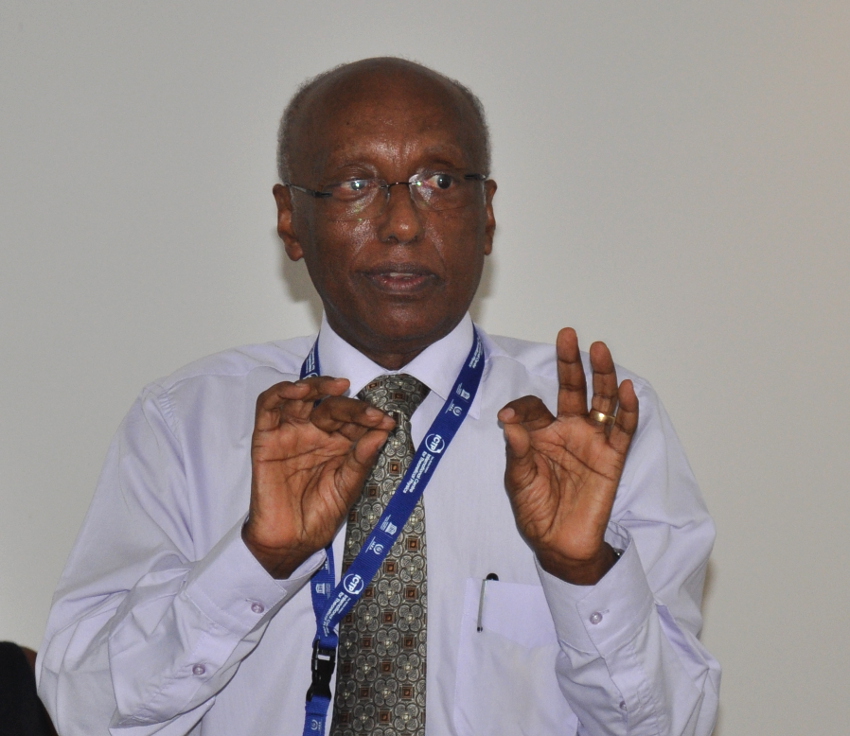 Three years ago, the African Academy of Sciences (AAS) had 183 fellows, and only three of them – less than 2% – were women. When Berhanu Abegaz became AAS executive director that year, he was seriously concerned about how to get that number to grow, and do it fast. The solution was: Recruit more fellows and more women without sacrificing quality. Today, three years later, AAS has 17 women list among its 266 fellows, over 6%.

“It takes a few to bring more,” said Abegaz. “Now, three of the 17 members in the Governing Council level are women, raising their representation to 17% at the leadership level. So really, that shows how this issue is taken seriously at AAS.” As a result, he added, it should be even easier to increase the number of women in the AAS Fellowship.

In a presentation at the Abdus Salam International Centre of Theoretical Physics (ICTP) on 17 July, Abegaz acknowledged that there’s still a long way to go. The academy is planning to expand not only its gender diversity, but also its diversity across nations and in scientific fields such as climate change.

Abegaz, born in Ethiopia and now living and working in Kenya, is a TWAS Fellow (1998) and an organic chemist who studied natural products. He took on the role of executive director of AAS in 2011, and is also the coordinator of the TWAS Regional Office for Sub-Saharan Africa, which is hosted by AAS in Nairobi, Kenya.

The Academy's strategic plan 2013-2018 calls for the academy to expand its membership to 600 active African scientists, and in the process acquire representation from all 54 countries and the African diaspora. As it stands, some of Africa's more populous countries, such as Algeria and Ethiopia, are underrepresented in the Academy, and even more countries – including Angola and Libya – have no members at all.

The academy also wants to attract scientists from fields that are currently low in numbers in Africa, such as climate science, information and communications technology, energy and nutrition. Finally, the Academy has set a target of 15% women members by 2018, with a minimum of one woman from each African country.

“We really believe that women are under-represented in the academy,” Abegaz said. “And every year, when I work in the academy, I look out for any programs, any conferences, that focus on women, and there are quite of few of these conferences.” Prizes, such as the African Union Regional Prize for Women Scientists and the UNESCO L’Oreal Prize, are useful sources for finding Africa’s brightest women researchers, he added. “And I’m not only interested in the winners, but those who are on the short lists. The candidates.”

Increasing its diversity also has benefits for the academy’s credibility as a scientific organization. By bringing together people of different backgrounds, disciplines and expertise, Abegaz said, it creates a culture in which creative solutions can emerge to difficult problems that science and engineering are trying to solve in Africa. Among those challenges are creating sustainable energy sources and adapting to climate change, which will have a powerful influence on the continent’s development.

AAS has one ambitious initiative in that field: “Climate Change Impact Research Capacity and Leadership Enhancement in Sub-Saharan Africa”. Using about USD8 million from the UK's Department for International Development, the project is offering 100 fellowships – 40 post-masters and 60 postdoctoral – to strengthen climate science expertise among African scientists. Research institutions and African universities will both nominate and host the fellows.

The issue has to be tackled from many different perspectives, Abegaz said, “We need to see energy and climate change, water and climate change, all of agriculture, health and livelihood, political and policy aspects. You can see there needs to be an alignment of these objectives within our strategy.

“We are somewhat pioneering in this because it’s a departure from what was conventional,” he said of the overall push for diversity. “We will probably make mistakes as we go along, but we are keeping an open mind and seeing how we can learn from this.”

Tags:
AAS
Africa
science capacity
Women in science
diversity
climate change
Berhanu Abegaz
Your subscription could not be saved. Please try again.
Your subscription has been successful. An e-mail with a link has been sent to confirm your subscription.
This website does not use profiling cookies, but only first and third party technical cookies, including cookies from social media plugins.
To learn more about our cookie policy or to change your cookie settings, click here.
By using this website and clicking “accept”, you consent to the use of cookies in accordance with our cookie policy.Accept