Of elephants and people 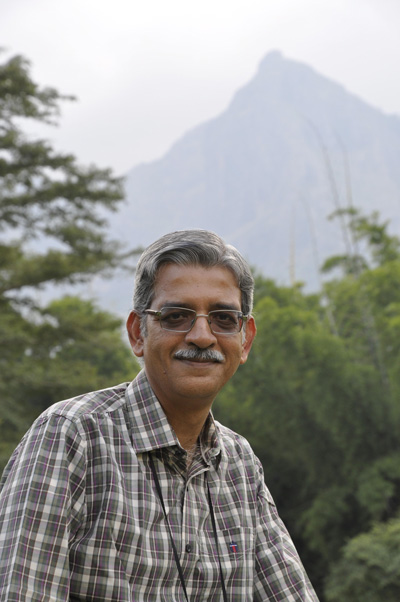 In the 1970s, before he was a conservation ecologist, Raman Sukumar was a host for a local radio station in Chennai, India. He recalls that the first piece of music he ever played was Baby Elephant Walk. Since then, our understanding of elephant behaviour has come a long way, and Sukumar has played a large role. "It's a highly social animal, it shows high levels of cognitive ability, it's got a unique relationship with people," said Sukumar. "That makes it much more fascinating as a study creature compared to the rhinoceros, for instance."

Sukumar, one of TWAS's 52 recently elected Fellows, is a professor at the Indian Institute of Science's Centre for Ecological Sciences in Bengaluru, India, and a globally recognized authority on the ecology, behaviour and conservation of elephants. Much of his work is on finding ways to help elephants and people coexist in India – where human farmers encroach on elephants' habitats and elephants consume farmers' crops. The conflicts are bad enough that they sometimes turn deadly, for both the elephants and the humans.

When Sukumar began his work in 1980, the general consensus was that elephants feed on farm crops basically because they had lost their habitat, but Sukumar's work found that this wasn't the whole picture. For example, while Indian elephants can lose their forest habitats through deforestation and agriculture, they're not being driven out of their territory so much as keeping the lands they've always known. Sometimes, forests even become fragmented, and elephants will have to cross farms to get from one patch of trees to another. Apparently, they figure they may as well eat on the way. 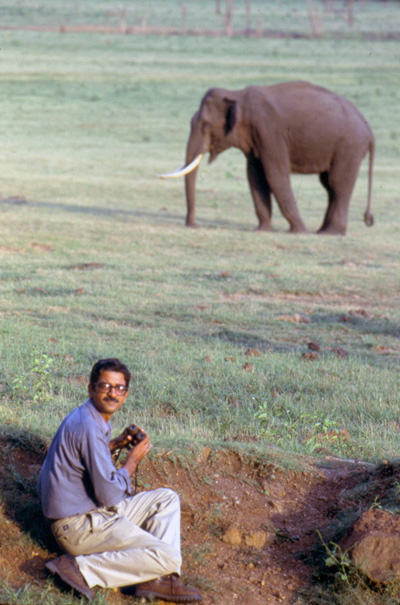 Also, an elephant may munch on a farmer's crops by choice; life in the jungle is hard, because there are only certain trees it can feed upon. But when an elephant encounters a barley or sugarcane field, those fields amount to a buffet of nutritious, tasty, convenient food. As interpreted by Sukumar, the elephant thinks: 'This different kind of food is in my territory, so I'll just use that instead.'

This is especially important for male elephants, which Sukumar has found raid crops five times as often as females. That's because in order to successfully mate in the matriarchal order of elephants, males need to be healthy enough to enter an intensely hormonal state called musth. Male elements feeding on farmers' crops can enter musth more efficiently, leaving them more time for socializing and actively competing to reproduce.

A better understanding of the elephants' motivations has given scientists a better picture of how to help people and pachyderms coexist. It's not simple work, but landscape planners can makes sure corridors of forestland are available for elephants between patches of forest in their territories to make it less likely they'll stumble upon farmland. And since, in most herds, only two or three males cause a majority of the conflicts with farmers, people can identify and remove only those specific males by identifying them and taking them into captivity rather than waiting for violence to rise to the surface. "You don't have to shoot them or kill them," Sukumar said. "In India there are examples of elephants who have killed a dozen people but still have been tamed successfully. When an elephant comes into captivity it becomes extremely docile."

Sukumar, whose work has also included insights to tropical forest ecology and climate change, said he's thrilled about his election as a TWAS member. "I'm happy that my work has been recognized because I do a mixture of basic science and applied science, and very often science academies really go for people doing basic science rather than application. So I'm happy they recognized both the applied and basic work that I do." He added that he's looking forward to learning how he can contribute to TWAS's activities.