Elite education, a mouse-click away

Two TWAS Fellows, Atta-ur-Rahman and Iqbal Choudhary, have assembled a catalog that includes online science-related courses from some of the world's top universities

Across the developing world, universities struggle to produce strong scientists in part because their educators can’t match the experience of those in the developed world. But using the Internet, the world-class faculties of the developed world can teach students anywhere. 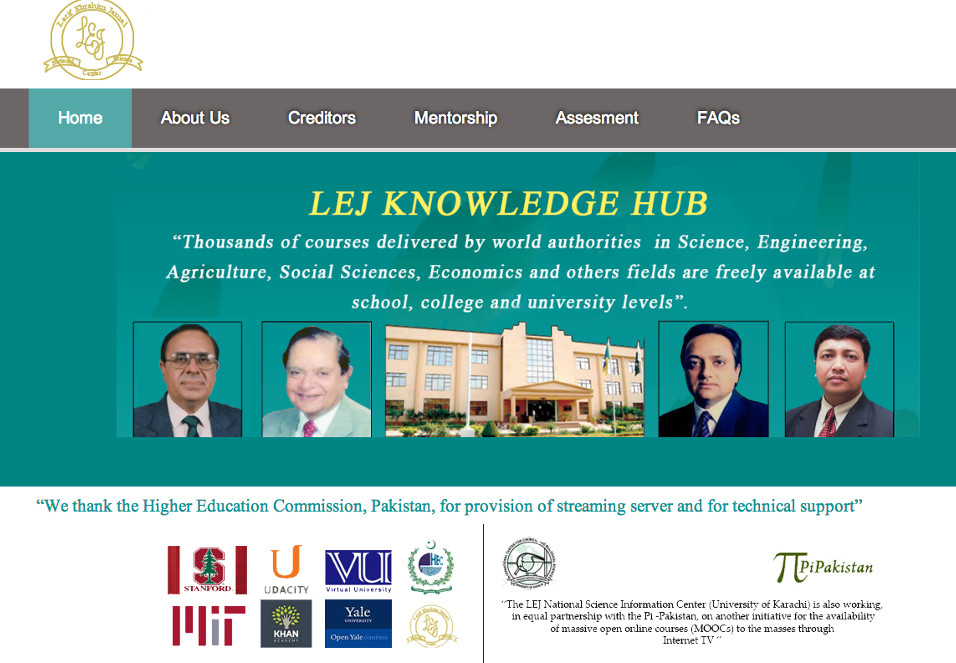 A Pakistani initiative led by two TWAS Fellows is bringing together these resources for students in the developing world on a website called the LEJ (Latif Ebrahim Jamal) Knowledge Hub. The website uses video-recorded classes from Harvard, Yale, Stanford, MIT, the Virtual University of Pakistan and the popular online-lesson system Khan Academy, with lessons ranging from basic education to advanced university courses. The programme will provide DVDs with course videos on them for students who have a poor Internet connection, and students will be able to pay a small fee to have access to a mentor to help guide them through the online courses.

The initiative is led and supervised by Pakistani TWAS Fellows Atta-ur-Rahman and Muhammad Iqbal
Choudhary. Atta-ur-Rahman, a world-renowned organic chemist, is president of the Pakistan Academy of Sciences and a former vice president of TWAS. Choudhary is the director of the International Centre for Chemical and Biological Sciences, which collaborates with TWAS to host several fellowships.

Education that transcends national and geographic boundaries is a reality, Chaudhary says on the LEJ Knowledge Hub website. "With this program, we bring the knowledge right at the doorstep of people who need it most."

These videos are for students across the world, said Atta-ur-Rahman. "They are free and no registration fee is charged – a gift from us to the world at large."

The new website builds on the momentum of another initiative that Atta-ur-Rahman and Chaudhary are conducting that features live interactive online courses and lectures from Pakistan's public universities. The programme, called The Higher Education Network, gives students access to classes conducted through video conferencing. These video conferences are available to students in both Asia and Africa.

"This has been extensively used since then for lectures, PhD theses defense, and for inter-university meetings and discussions," said Atta-ur-Rahman. "We recently had a four-month Chinese language course delivered through this programme." He said there have been about 3,000 lectures delivered through this initiative so far.

Download(s):
Tags:
higher education
universities
Pakistan
2014
internet
educational material
science education
Your subscription could not be saved. Please try again.
Your subscription has been successful. An e-mail with a link has been sent to confirm your subscription.
This website does not use profiling cookies, but only first and third party technical cookies, including cookies from social media plugins.
To learn more about our cookie policy or to change your cookie settings, click here.
By using this website and clicking “accept”, you consent to the use of cookies in accordance with our cookie policy.Accept