TWAS and ISTIC announce the recipients of the first ‘ISTIC-TWAS Entrepreneurship Awards’. 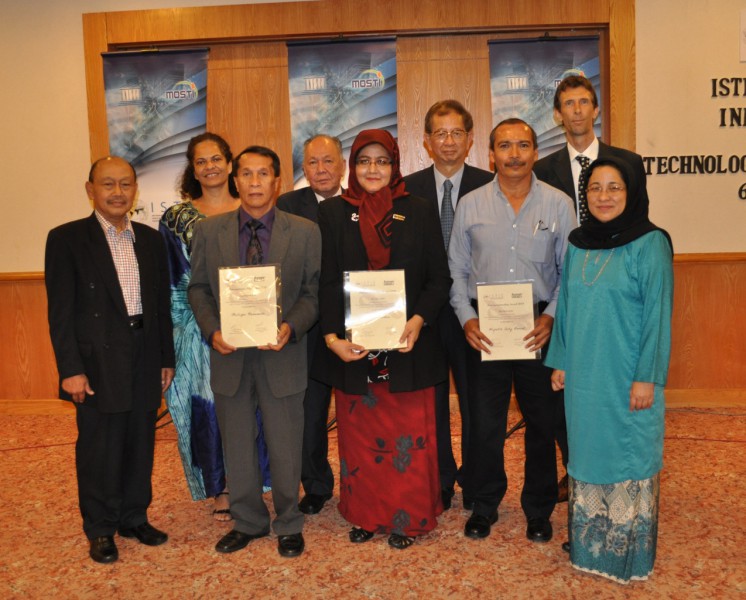 TWAS, the academy of sciences for the developing world, based in Trieste, Italy, and the International Science, Technology and Innovation Centre for South-South Cooperation (ISTIC, www.istic-unesco.org), based in Kuala Lumpur, Malaysia, have announced the recipients of the first 'ISTIC-TWAS Entrepreneurship Awards'.

The following three initiatives were selected as the winners:

First place (USD5,000 award): Rahmah Noordin, Universiti Sains Malaysia, Penang, Malaysia – for her work developing simple, rapid and effective diagnostic tests for filariasis caused by parasitic worms of theBrugia genus. These species of worms account for just 10% of global filariasis infections and thus research into this particular tropical scourge has been largely neglected. Through Noordin's antibody kits, which have been approved for use by the World Health Organization (WHO) in its efforts to eradicate filariasis, an island off the coast of South Korea has been confirmed to be free from Brugia after a drug intervention programme, and thus filarial worms have been confirmed to have been eradicated from the whole country. In addition, by using the kit, it has been shown that young children in the Sabah region of Malaysia are still harbouring the disease, despite the drug intervention programme – highlighting that the intervention programme must be continued and improved.

Second place (USD3,000 award): Philippe Rasoanaivo, Institut Malgache de Recherches Appliquées, Madagascar – for his development of a potential blockbuster drug to treat erectile dysfunction from the roots of a native tree. The active ingredient, a novel limonoid, has a different mode of action compared to currently available drugs such as Viagra. The drug, 'Dangitsyl', has been successfully tested on a number of patients in Madagascar and will soon be available for purchase over the Internet. Rasoanaivo worked with indigenous people to identify the source of the drug from their traditional medicinal practices. He is also working with them to grow the tree, which is indigenous to Madagascar, in nurseries so the species is not endangered by overharvesting and also to bring a potential income to native people.

Third place (USD2,000 award): Hipolito Ortiz Laurel, Postgraduate College, Montecillo, Mpio. de Texcoco, Mexico – for his design of the 'Kiss Me' harvester for picking the fruit of the prickly pear cactus, or 'tunas'. Typically, picking tunas is a hazardous procedure owing to the spines on both the fruit and leaves of the cactus. Using a vacuum pump to create a suction through a rubber nozzle, pickers are able to hold the tunas safely while cutting them and can then transfer them quickly, without bruising, to the collecting chute and into a trailer. Using the machine, the pickers – who now do not touch the tunas at all – can increase their productivity four-fold.

"All of the presentations were meritorious," said Peter McGrath, in charge of TWAS's range of programmes aimed at building scientific capacity in developing countries, "but these three stood out from the rest in terms of the input of science and technology into their development. In selecting these three case studies, the jury also took into account their impact – or potential impact – on the lives of the poor and their possibilities to promote sustainable development rather than simply their potential to be profitable."

Lee Yee Cheong asserted that: "When ISTIC and TWAS began this project we were convinced that there were a number of successful examples where science and technology have been used in the innovation of new products and services, but the diversity of the examples that we have heard about over the past two days has surprised us. We are now more sure than ever that developing-world scientists can innovate – and that they are developing products and services of benefit to the large and growing population of the developing world."

All the case studies presented during the workshop will now be edited for publication in a book that will be disseminated to government ministries, research institutions, academies of science, nongovernmental organizations and to the private sector throughout the South. The case studies will also be placed on the Internet for free download.

"Through this project," added Lee Yee Cheong, "we aim to demonstrate not only that good science is being carried out in developing countries, but also that that science is relevant to the sustainable development of those countries – and that it can show significant returns on the investment in research and development made either by governments, the private sector or other donors."

Both TWAS and ISTIC operate under the auspices of UNESCO.