The four Ds of international science 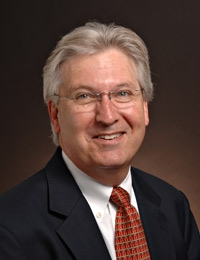 For more than three decades, Bud Rock has been a practitioner of global science diplomacy. He spent much of his career at the US Department of State, promoting scientific collaboration among nations around the world. Before leaving the State Department in 2006, he served a five-year appointment as acting assistant secretary and principal deputy assistant secretary of state responsible for oceans, environment, and science. While at the State Department, he won the President’s Distinguished Service Medal.

Today, Rock serves as the president and chief executive officer of the Association of Science-Technology Centers, a nonprofit representing science museums and centres worldwide. In a talk at the first course on science diplomacy organized by the American Association for the Advancement of Science and TWAS, he drew on his experience to give participants a clear, practical framework for understanding international science cooperation and the place of science diplomacy.

He calls his framework “the four Ds of international science and technology collaboration” – discovery, diplomacy, decision-making and development.

Discovery: “By discovery,” Rock said, “I mean that there will always be an effort among scientists to work on what would be the unceasing and universal quests to advance the frontiers of human understanding – that is what brings scientists together.”

Diplomacy: “When they come together, that bond of trust – that partnership – is an expression of trust and mutual respect that goes beyond science itself and goes to the nature of the communities that are engaged.”

Decision-making: “More and more, there is an imperative to insure that the policies and the actions of governments and individuals, whether domestically or internationally, are rooted as much as possible in objective decision-making and informed exchange. That is the decision-making upon which science is based.”

Development: “And finally, development: for all of the work that we do in science, at the government level, there is an orientation that has been unchanged for generations: that we're going to put these tools to work, put this knowledge to work, for the lives of those who are in greatest need. And we are also going to serve the interests of those who aspire to do even more, to have even greater achievements. That is a goal for science in the government realm.”