A home for star-gazers in Latin America

Northern Chile’s clear skies and high altitudes have drawn high-tech telescopes from international astronomy agencies all over the world, but for a long time the country’s role as a host has largely been a matter of its optimal view of the cosmos. Now Chile is actively trying to ride the wave of telescope technology and astronomy to enhance its scientific development. 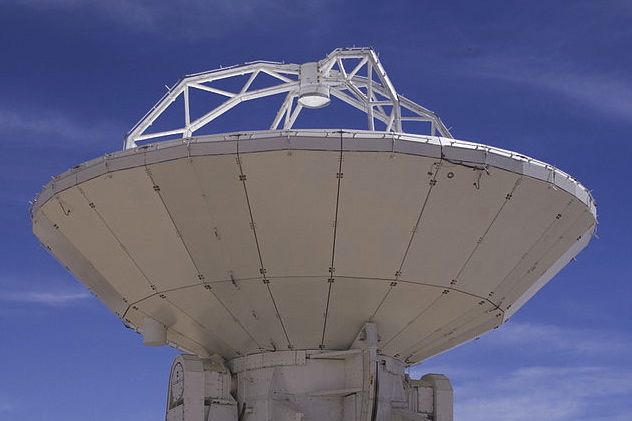 Chile’s expanding role as a host of international telescopes started with the US-managed Cerro Tololo Inter-American Observatory in 1965. Since then, consortiums of nations in the developed world and Latin America have built numerous state-of-the-art telescopes in the deserts and mountains of Chile. Europe’s Very Large Telescope, located on Cerro Paranal, a mountain in Chile’s Atacama Desert, is one of the most productive tools in all of astronomy. Chile also hosts the largest-ever international radio telescope project, the Atacama Large Millimetre Telescope (ALMA), built in a partnership with Europe, the United States, Canada and East Asia. ALMA has been fully operational since March.

Plans are underway for huge new projects such as the European Extremely Large Telescope (E-ELT), which represents an investment of roughly 1.5 billion euros and is scheduled to begin work in the early 2020s. Meanwhile, the United States, Australia and Korea hope to finish the Giant Magellan Telescope at about the same time. Also in operation is the Gemini project, an international agreement involving a consortium of the United States, United Kingdom, Canada, Argentina, Brazil, Australia and Chile. One of the telescopes for that project is located in Hawaii, the other in Chile.

By the beginning of the next decade, Chile will have as much as 70% of the surface area of the world’s scientific telescopes, predicts Mónica Rubio, the astronomy director of Chile’s National Council of Science and Technology (Comisión Nacional de Investigación Científica y Tecnológica, CONICYT). Since the 1960s, international astronomy agencies have shipped in telescope parts from across borders, said Rubio, and one of her objectives is to include more astronomers and engineers at Chilean universities in the planning and construction of telescope parts. One group at the University of Chile’s Millimetre Wave Laboratory designed a prototype of a receiver – a sensitive instrument that detects radio waves – that could eventually be placed in each of the giant dishes that comprise ALMA. Another group at Pontificia Universidad Católica de Chile in Santiago is developing spectrometers for E-ELT.

The change began with the creation of the astronomy programme at CONICYT and the Chilean government’s decision to make astronomy a strategic area for the country’s development, Rubio said. CONICYT also prepared a ‘Roadmap for the Fostering of Technology and Development and Innovation in the Field of Astronomy in Chile’, a plan to bridge academic astronomy with industry in ways that could lead to economic growth.

This feature on Chile's efforts to make astronomy a permanent part of its development strategy is part of the latest TWAS Newsletter, which includes numerous in-depth stories on TWAS and science in the developing world.

CONICYT’s astronomy programme focuses on increasing the number of astronomers in Chile, spreading awareness of the potential astronomy has for the development of new technology locally, and getting the funding to support those two goals. “It has been very successful”, said Rubio. “We have been able for the first time to have a line in the national budget – USD1 million specifically for astronomy, created in 2012, and it was duplicated for 2013.”

Furthermore, 10% of all telescope time in any telescope located in Chile is granted to Chilean astronomers, which is part of the negotiated agreements between Chile and the international organizations that run the telescopes. Chile has also reached out to other nations interested in taking advantage of its new leadership in the field. The University of Chile has had or currently has astronomy students from Colombia, Brazil, Argentina, Italy, France, Nepal and India.

Chile has also begun a new partnership with China, and signed an agreement last August with the Chinese Academy of Sciences to collaborate on a new Chinese-Chile joint astronomy centre, with headquarters in Beijing and Santiago, the capital of Chile. This way, China’s budding astronomers will have the chance to learn from Chilean experts in the field. “China has decided to put USD2 million to 3 million per year to establish this centre. We’re expecting we can co-fund the centre in 2014”, Rubio said. “The Chinese astronomers have also expressed interest in building a telescope here in Chile some time in the future.”

The Big Bang of astronomy in Chile

The astronomy field itself has grown rapidly within Chilean universities in recent years. When Patricio Rojo, the current president of Chile Astronomical Society, was working on his master’s degree in astronomy in 2000–2001 within a physics programme at the University of Chile, he was the only astronomy student there. “It was a very old programme, but the rate of students aware of astronomy was very low”, he said. “It was not unusual to have a class of one or two students that meet at the professor’s office.”

But there was a boom in astronomy the year after, and the programmes filled with students when astronomy awareness in the country started changing. “Now it’s just a more lively environment. There are more scientists, more talks. You can interact with people from all over.”

That surge in local astronomers has led to even more astronomy science coming out of Chile, Rojo said, which in turn leads to even more public interest in astronomy. “I think it was all promotion, making colleagues and people aware that in Chile we are doing science and have the best telescopes in the world”, said Rojo. “We cannot yet compare ourselves to first-rank universities from abroad, but we’re going in that direction.”

Rubio agreed with that sentiment. From 2005 on, she said, has been like “the Big Bang of astronomy in Chile”. Now the country has about 150 astronomy PhDs, about 100 of them with faculty positions at 11 Chilean universities. They also host about 80 to 100 graduate students and 500 undergraduates in astronomy.

The power of public support for science

The main way that astronomy drives scientific development is through its popular appeal, said Daniel Altschuler, who directed the National Astronomy and Ionosphere Centre’s Arecibo Observatory in Puerto

Rico for 12 years. Altschuler is also the author of Children of the Stars: Our Origin, Evolution and Destiny and an advocate for more engagement between scientists and the public.

There has been continuous excitement building about the growing number of telescopes in Latin America, he said. Chile can offer astronomers one of the best night skies in the Andes, and in return Chile and other Latin American countries can benefit from the spinoff growth of professional astronomy, astrophysics and the general public’s awareness and understanding of science. But that spinoff is not the only benefit.

What is important is not so much the particular science but the scientific way of solving problems, said Altschuler. “It serves as an excellent means of recruiting not only future astronomers, but future scientists who might become interested in aspects of communications, data analysis and engineering, which are also an important part of astronomy.”

Among the headline-grabbing discoveries in astronomy recently is the increasing number of discoveries of extrasolar planets, some of which have been found through Chilean telescopes. It’s compelling not just because we’re expanding humanity’s knowledge of the universe, Altschuler said, but because of the philosophical implications of discovering other worlds that can support biology.

“We have hundreds of extrasolar planetary systems”, he said. “Once you have the planet, the next question is: Is there anybody on those planets?”