The link between inequality and ill health

At a high-level conference co-organized by the InterAcademy Medical Panel, global health leaders focused on how poverty and other disadvantages can have lifelong health consequences. The answer, experts said, is holistic policy to support good health.

A major source of inequalities among people is unequal access to health and other resources, and governments should engage less in advisory activities and more in concrete actions to achieve significant changes in reducing health and related inequities, experts said at a major health policy conference in Trieste, Italy.

Health is not just the absence of disease or infirmity: it is a state of complete physical, mental and social well-being. Lack of sufficient income, education and food, environmental degradation, gender disparities and other social, economic and cultural disparities, cause health to suffer  – sometimes profoundly. But these human, and associated economic costs are avoidable and can be addressed through strong policy, the experts said. 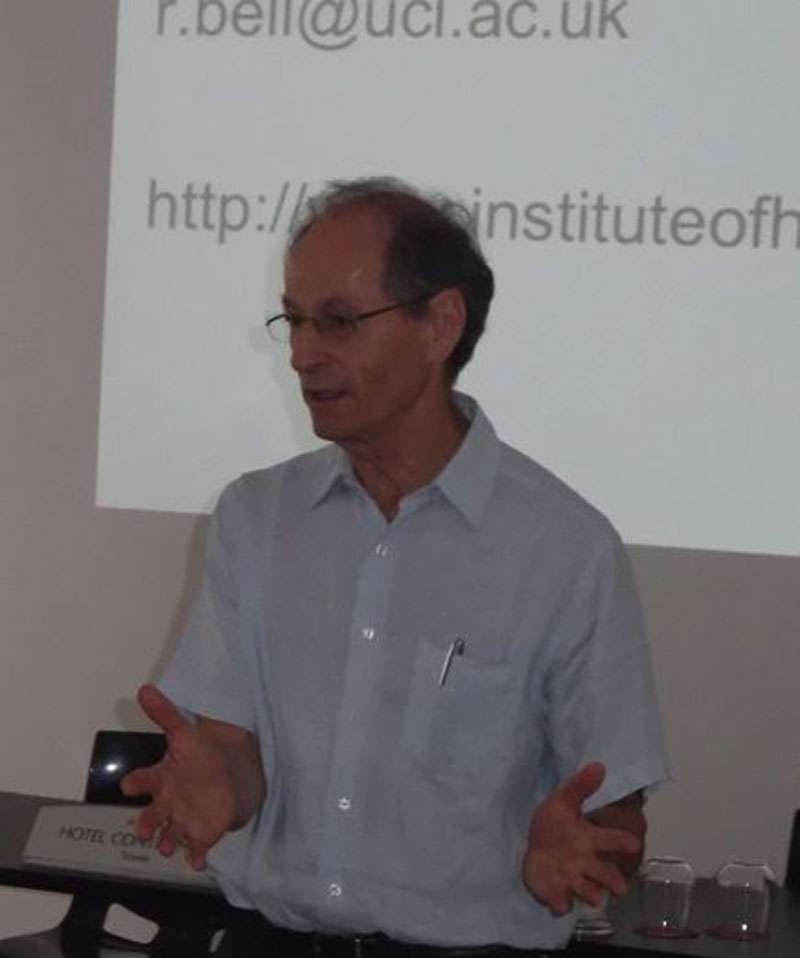 The conclusions emerged from the workshop "Fostering Action on the Social Determinants of Health", organized by the University College London (UCL) Institute of Health Equity and the InterAcademy Medical Panel (IAMP) located at TWAS's headquarters in Trieste. The 40 participants were representatives of 25 national academies of medicine and science from over 20 different countries, a majority of which were from low and middle income countries.

Some of the best advisors in the field of social justice convened for the event: ULC Institute director Professor Sir Michael Marmot and UCL senior research fellow Ruth Bell, both of who worked on the writing team of the World Health Organization (WHO) report "Closing the gap in a generation". They worked in synergy with Jessica Allen, a deputy director at UCL Institute of Health Equity, blending case studies and basic information on determinants of health, helping participants devise strategies to urge action by their governments.

"The social determinants of health are the conditions in which people are born, grow, live, work and age, and the economic, environmental, social and cultural factors that shape these conditions," explained Marmot, who has also chaired the WHO Commission on Social Determinants of Health. "Disadvantages experienced in early life may accumulate and shape later chances and health. Monitoring health drivers over time is important for early intervention."

Learn more about the conference "Fostering Action on the Social Determinants of Health" http://bit.ly/1r1Hgu5

Dramatic differences from country to country

Poverty and lack of education are major  drivers of poor health and early mortality. Poor nutrition and poor housing conditions often impair children's mental health and development, leading to stress, anxiety, depression and reduced hope and ambitions for life. Despite data pointing at a decrease in childhood chronic malnutrition (stunting) from 39.7% in 1990 to 26.7% in 2010, other estimates indicate that 171 million pre-school children were still stunted in 2010, 167 million of them in developing countries. Further, about 60 million children of primary school age are not receiving any education. 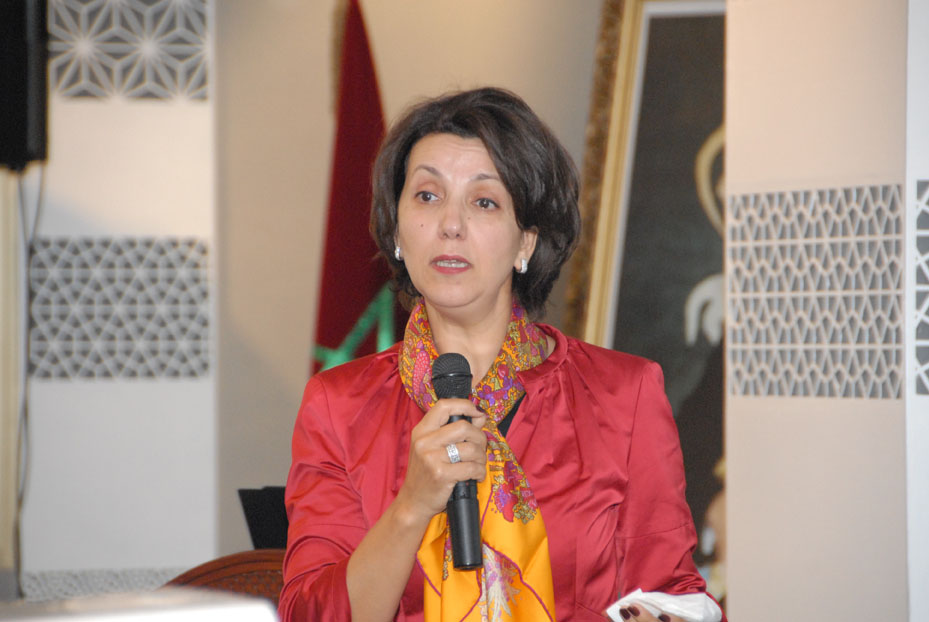 "Monitoring and measurement are essential to establish the existence and persistence of widescale health inequalities," observed Allen. "Monitoring helps governments to prioritize and organize their action because inequities become visible and Governments can be held to account."

Brazil provides an example of wise planning. There, socioeconomic development coupled with equity-oriented public policies has improved living conditions, reducing child under-nutrition and the gap in nutritional status between children from different socioeconomic origins. From 1974 to 2007, stunting in Brazil declined from 37.1% to 7.1%, particularly from 1996 to 2007, when gaps between poor and wealthy families with children under five were reduced in terms of access to education, health care, water and sanitation services.

Further South, Argentina is also following a promising course. Still there is much work to do. Maria Graciela Abriata, an Argentinian epidemiologist in the audience, explained how in Argentina inequalities in cancer survival depend on social status and geographical location. Abriata is the coordinator of the Epidemiological Surveillance System and Cancer Report of the Instituto Nacional del Cáncer and the co-author of the PAO/WHO publication "Measuring Inequities in Health."

"Maternal mortality, cervical cancer incidence and mortality and childhood cancer mortality are higher in the north of Argentina where the poorest people live," she said. "Children have free access to treatments and we also have a national childhood cancer registry, so one may ask: Where is the problem? The problem is that the first diagnostic or treatment steps can be delayed by different barriers: geographical and socio-economic reasons or lack of basic sanitary information and infrastructure to deal with this kind of cases. So, when families realize their child has a problem, they must travel far to reach the capital cities to receive proper diagnosis and treatment."

Equally challenging in granting everybody fair access to healthcare, Abriata explained, is to present and monitor health indicators in a way that everybody can understand – from the community to policymakers. This is where she plans to focus in near future.

Data – or the lack of data – is a critical issue in Morocco, too, said Rajae El Aouad, resident member of the Hassan II Academy  of science and technology. "I'm here because we do not have valuable data on social inequity in Morocco, and its correlation with health status," El Aouad said. "I want to document this and act on it when I go back home."

El Aouad also is a member of the WHO Consultative Expert Working Group on Research and Development: Financing and Coordination. The U.S. State Department named her among the 2012 Women in Science Hall of Fame.

Describing Morocco's health inequities, El Aouad mentioned the increasingly important role of the new, neglected, periurban areas, which are zones of transition from rural to urban land uses located between the outer limits of urban centres and the rural environment. "Once we used to pay attention only to urban and rural areas, as places requiring targeted interventions," she said. "Today, many people live in periurban belts, with new and more complex needs in terms of health services, employment, education and social interactions."

Keeping pace with a changing world and acting, rather than engaging in never-ending discussions – this is certainly a first good step, suggested Guelaye Sall, the director of the Social Pediatrics Institute at Aristide le Dantec Hospital and a nutritionist from Senegal. "There are too many declarations, and too little action. We must revert this trend," he added.

In Senegal, 740,000 people suffer from food insecurity. "Senegal faces acute malnutrition and stunting, which affect 20% of children under five," Sall said. Ten years ago, the government established the Unit fo 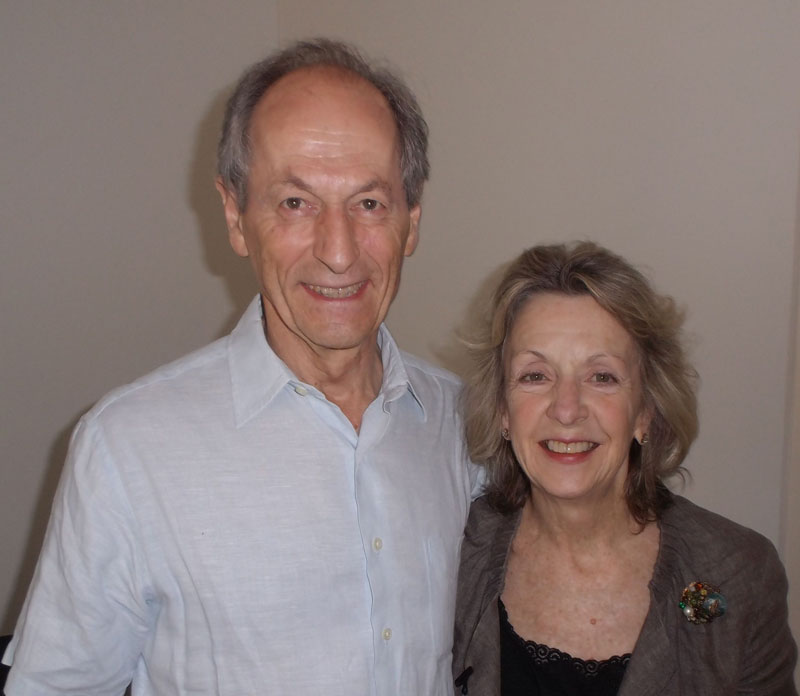 r the Fight against Malnutrition, which is supported by a highly performing operational and monitoring system. "We see some results, but not enough. And I want to be at the forefront with policy makers and academies, to help address inequity issues."

Not only the developing world

Social inequities, however, do not affect only the South of the world. Social injustice plagues developed countries as well, and children in particular.

"The situation for children in USA reflects that in other countries, with a social/economic gradient that starts at different levels," observed , who serves on the IAMP Executive Committee. "Poor children do not get the same quality of education, healthy food or places where they can exercise safely."

Boufford, who also serves as president of The New York Academy of Medicine and is a clinical professor of pediatrics at the NYU School of Medicine, is among the authors of a handbook for ministers of health called "Strong Ministries for Strong Health Systems".

She is concerned about the lack of common goals among US states. "The federal government has few levers to influence local policies and early child educational programmes are highly variable across the country," she said. "However New York City is on the right track, thanks to our mayor (Bill DeBlasio) and governor (Andrew Cuomo) who boosted early schooling as a priority."

They reasoned that poor families, especially, might benefit from children being able to get two years of formal education before kindergarten. To nurture their ambitious programme, Boufford added, political leaders should work with scientific advisers who provide evidence-based data about policy options.

“We have failed miserably in engaging the wide public to become aware of their rights and demand better health services,” Marmot confirmed. “Failure also stems from pursuing different goals. Some look for profit, others for genuine well-being.”

Science and medical academies are in a privileged position to prompt governments, health institutions, private companies and even the public to pursue common targets. Closing the gap on SDH worldwide must be their ultimate common goal.

Tags:
2014
IAMP
international science cooperation
health
higher education
malnutrition
mental illness
mother-child
nutrition
opportunities
sanitation
science-based development
water
University College London
Sir Michael Marmot
Ruth Bell
Jessica Allen
Social Determinants of Health
Maria Graciela Abriata
Rajae El Aouad
Guelaye Sall
Jo Ivey Boufford
Your subscription could not be saved. Please try again.
Your subscription has been successful. An e-mail with a link has been sent to confirm your subscription.
This website does not use profiling cookies, but only first and third party technical cookies, including cookies from social media plugins.
To learn more about our cookie policy or to change your cookie settings, click here.
By using this website and clicking “accept”, you consent to the use of cookies in accordance with our cookie policy.Accept