"Migration and Science", an article in the most recent issue of the TWAS newsletter, takes a close look at the brain drain phenomenon. 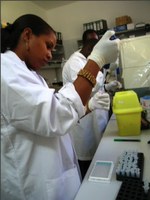 Approaches such as flexible visa schemes, which encourage emigrants to make return visits home, may ease brain drain in the short term. But, in the end, only through socio-economic development and capacity building can countries hope to provide opportunities to lure back those who have left and keep others from leaving. That's the message conveyed in an article examining the migration of knowledge workers in the latest issue of the TWAS Newsletter.

The main 'push factors' motivating scientists to go abroad are lack of career opportunities and low wages; relative weakness of higher education institutions; insufficient infrastructure and funding for science and research; and political instability and corruption. If developing countries are to discourage their best and brightest from emigrating, these fundamental problems will need to be addressed.

Brain drain is a global phenomenon that has even affected developed countries like the UK, which loses native-born workers to the US, Canada and Australia. But it is developing countries that bear the brunt of the problem.

Africa, in particular, continues to be hard hit by the loss of its knowledge workers, including scientists and health professionals. According to the World Bank, the continent sees some 80,000 highly skilled people a year migrate to work overseas. The International Organization for Migration (IOM) estimates that, since 1990, Africa has been losing some 20,000 doctors and academics every year.

It is estimated that one-third of all African scientists live and work in developed countries. Because most African countries finance students' higher education, brain drain represents a double loss: not only is the continent losing many of its 'best and brightest', but the money spent on their education is lost as well.

The emigration of doctors and nurses to the North is a particular cause of concern, as it can significantly compromise a country's capacity to deliver health care. According to the World Health Organization (WHO), more than 13,000 doctors trained in sub-Saharan Africa are practising in Australia, Britain, Canada and the US.

The experience of South Africa, which has found itself in a unique position in respect to migration flows, is also instructive. Regionally, it is a receiving country – a magnet for knowledge workers from less developed countries on the continent. Globally, however, it is a sending country.

For many Africans who come to South Africa, the country is a stepping-stone to greener pastures in the North. While neighbouring countries complain that South Africa is taking in all their highly skilled workers, South Africa itself still suffers from serious brain drain as the highly skilled very often move on to developed countries such as the US, UK, Australia or Canada.

Since the end of apartheid in 1994, emigration has grown considerably, due to white flight, higher pay abroad and escalating crime rates at home. From 1989 to 1992, 70,000 South Africans emigrated; for 1999–2001, the figure jumped to 166,000. South Africa has been depending on the temporary replacement afforded by immigrants from neighbouring countries.

For the complete text of the article "Science and Migration", click here (PDF document, 383Kb)