TWAS President Bai Chunli delivered an address to Academy members during the opening of the 24th TWAS General Meeting in Buenos Aires, Argentina. The following is a transcription of that address. 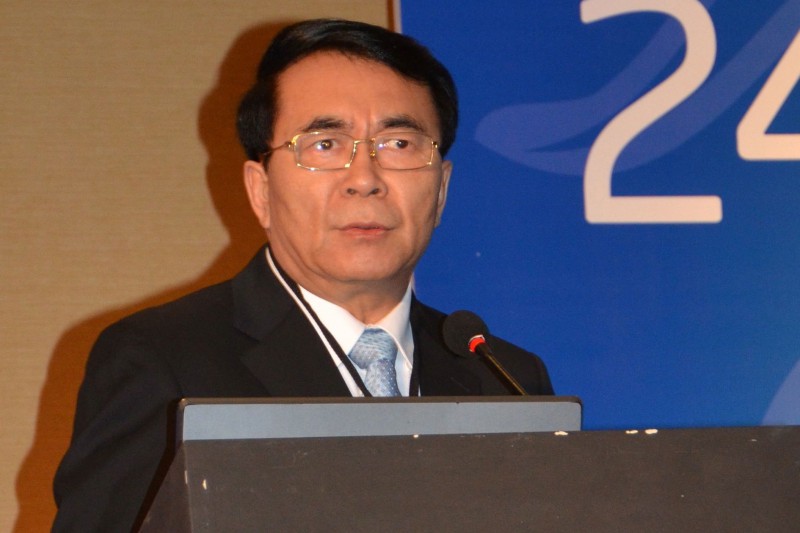 Esteemed colleagues, dear friends, ladies and gentlemen – welcome to Buenos Aires, and to the start of the 24th TWAS general meeting. I am honoured to be with you this morning, and greatly pleased. We have an excellent meeting ahead of us, with a strong program and also an opportunity to celebrate our 30th anniversary.

As you probably know, this is my first meeting as the president of TWAS. And so I would like to thank those who have preceded me and taught me so much by their examples. Former President José Vargas. Former President C.N.R. Rao, one of our Founding Fellows, who remains a vital voice within the Academy. Immediate past president Jacob Palis, who has generously shared his insight with me in recent months. I would like to thank, as well, our admired executive director of many years, Mohamed Hassan, who has done so much to shape and guide the Academy as it has grown over these three decades. These are eminent scientists and leaders, and I hope that I will live up to the example they have set and the accomplishments they have achieved. Thank you all very much.

Thanks, also, to current Executive Director Romain Murenzi. He has put a great deal of energy and effort into this meeting, and I am confident that his work and the work of TWAS's staff will result in a great success here in Argentina.

In China, the age of 30 is auspicious. The lessons of youth have been learned, and youth gives way to a mature, steadfast character. In the Analects, Confucius put it simply: "At 30, I stood firm." This well describes TWAS as we celebrate our 30th anniversary. We are established and well-known; we have earned a position of respect in the world of science, both South and North. The global family of science relies on us.

Over the past 30 years, tremendous changes have swept across the world's science landscape. Just since the start of the 21st century, developing countries have more than doubled their expenditure on R&D. The investments have paid off in growing numbers of researchers and publications, and in surging economic growth, especially in such countries as Brazil, India, and my own country, China. Other nations have seen this success and are following a similar path. International scientific collaboration is flourishing. Today, thanks to a great and continuing effort, the powers of innovation are being distributed across the globe.

I believe that TWAS deserves some credit for this. From the time of its birth in 1983, founder Abdus Salam, the 42 Founding Fellows and other Academy leaders advanced a basic idea: through science, engineering and technology, developing nations can empower themselves to solve problems and build prosperity. In schools, laboratories and political capitals throughout world, TWAS has built valuable programmes and networks. Just as important, it has helped to convey a sense of scientific confidence where confidence often had been absent.

TWAS members, and those who have received our research grants and   fellowships, have made discoveries that led to patents and new businesses. They have improved life for countless thousands of people. TWAS has supported research centres in developing nations that have become regional and even global centres of innovation. Members of the TWAS family have taken leadership positions in government, in industry, in education and non-governmental organizations.

We have good reason to celebrate these successes. But an anniversary is also a time of reflection. Today, because of our success, much more is expected of us.

Recently, I have been thinking of TWAS founder Abdus Salam. If he were still alive, what would he think of us today? What goals would he set for us?

And I would ask: What goals should we set for ourselves?

If we wish to fully activate the scientific potential of the developing world, we should do more to encourage young women to pursue research careers. We should take a leadership role in helping educational and scientific institutions learn how to support women and bring out their best scientific talents.

Leadership also requires that we elect more women as members of TWAS. At the start of 2013, women accounted for just under 10% of our membership. With this year's new members I firmly believe that we can find women of the highest stature who qualify for our Academy, and raise their numbers, without compromising our standards of excellence.

We also must focus efforts on the Least Developed Countries.

Fifty years ago, in 1963, Salam addressed this issue in an essay called "Diseases of the Rich and Diseases of the Poor." He described the education and training of excellent scientists in small nations as immensely important. He wrote:

"The only one way to do this is to build up a true scientific tradition there. By locating international research programmes in smaller countries, by awarding research contracts to their growing research centres, by visiting and by responding generously to their staffing requests, these incipient centres could be brought into the vigorous mainstream of science." And, he added: "This in the end will also bring economic salvation."

Clearly, that idea has found some success. A diverse corps of smaller nations – Colombia and Mexico, South Korea and Malaysia, Rwanda, Bangladesh and others – are successfully growing healthy science cultures. And yet, the United Nations counts 49 Least Developed Countries, or LDCs – 31 of them in Africa, many of them small and less populated. The global science transformation has scarcely touched them.

LDCs are defined by their poverty, low levels of education, and poor health. The average per capita annual income of LDCs in 2012 was about 750 U.S. dollars. Where investment in research and development is approaching 2% of gross domestic product in some developing countries, in LDCs it has been stagnant at about 0.1% (zero point one percent). Many LDCs are simply too poor to invest much in science.

For TWAS, one of the central challenges is to find a way to help LDCs build a foundation in science.

We should work more diligently to discover excellent scientists in these lagging countries, and to elect them as TWAS members. Before our latest election, we had members from 91 nations. But there are more than 70 nations that have no TWAS member. In many of them, development of a scientific culture will be critically important for future stability and improving the human condition.

I hope that, in coming years, we can expand our membership to at least 100 nations.

Another way to build science in LDCs is by educating and training scientists. It is our core belief that in developing countries, even a single scientist can make a difference. Not only do they conduct research that solves human problems and drives economic growth, but they also become teachers and mentors. They provide advice to policymakers and build international networks.

With this idea in mind, TWAS has taken significant steps in recent months to advance the education and training of scientists in the developing world.

During the 2012-13 biennium, TWAS provided some 220 PhD fellowships. Thanks to a series of recent agreements, TWAS is now able to offer scientists in the developing world more than 500 fellowships per year for PhD study and post-doctoral research. That is a significant increase.

An agreement in early 2013 with the Chinese Academy of Sciences (CAS) created the CAS-TWAS President’s Fellowships; this will allow up to 140 young researchers from developing countries per year to travel to China for an all-expenses-paid PhD programme at a major Chinese university.