Uzbek microbiologist Dilfuza Egamberdieva hopes to apply her new agricultural technique soon in Uzbekistan to boost the yield of economically important crops such as wheat, cotton, tomato and cucumber. She presented her work at this year's TWAS General Meeting. 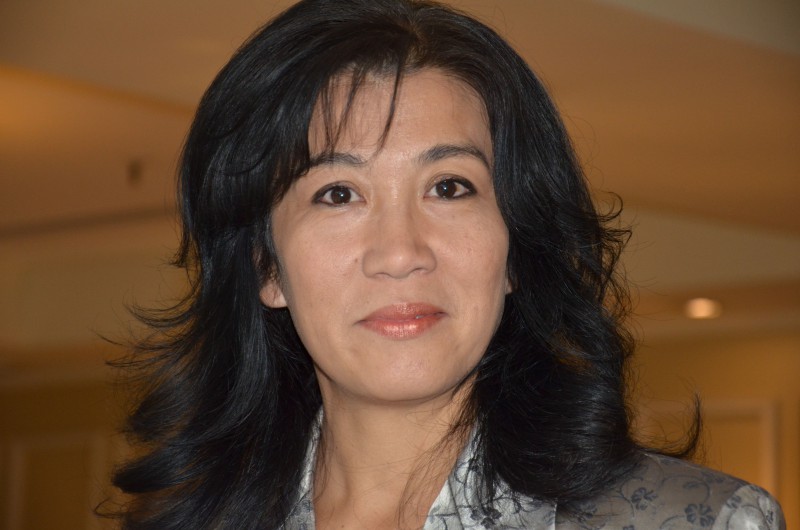 Egamberdieva, group leader at the National University of Uzbekistan, at Tashkent, has isolated salt-tolerant bacterial strains that live in salt-degraded soils, where they help the rooting process in plants. After the selection of potentially root-colonizing bacteria, she has tested them in experimental settings on plants’ roots, obtaining 10-15% yields increase.

Egamberdieva has been invited to present her results at the TWAS’s 24th General Meeting in Buenos Aires, where she has been awarded one of the TWAS Prizes that carries a cash award of USD15,000.

TWAS, The World Academy of Sciences for the advancement of science in developing countries, headquartered in Trieste, Italy, was founded by Pakistani physicist Abdus Salam. This year the Academy celebrates its 30th anniversary at its conference in Buenos Aires.

More than 2.6 billion people in the world rely on agriculture, but around 52% of the land used for this scope shows soil degradation. Land impoverishment is often due to salt infiltrations in the ground, which weaken the plants and lower the yield. Salt inhibits “nodulation”, the development of tiny nodules on plants’ roots, where nitrogen fixation occurs. Nitrogen is a critical element limiting plant growth, and specific bacteria convert the atmospheric nitrogen absorbed by plants into a more usable form (ammonia).

Uzbekistan has 4.4 million hectares to use for agricultural purposes, but more than half are under-productive, due to excessive saline content from the Aral Sea basin.

Egamberdieva has been studying soil bacterial communities for more than 10 years. She has noticed that salty soils discourage bacterial growth, and stress plants at the same time. In addition, as she has repeatedly proven, salty soils often host bacteria that are noxious for humans.

In her investigation, Egamberdieva has spotted beneficial soil salt-resistant bacteria that help plants grow better, causing no harm to men. These bacteria are found around the roots of plants. “We found that bacteria from the Pseudomonas family, in particular Pseudomonas extremorientalis, are salt-resistant and grow close to the roots, where they compete with other bacteria for colonization. On the contrary, pathogenic bacteria cannot actively colonize the plants’ roots. Here, Pseudomonas produce antibiotics that plants use to defend themselves against fungi, trigger the rooting process and produce nodulation-promoting factors, thus giving the vegetation better chances to fix nitrogen and grow bigger”.  As an exchange for these favours, plants secrete exudates useful for the bacteria.

To better exploit these useful bacterial strains, the Uzbek microbiologist has come up with a technique that allows the selective enrichment of Pseudomonas strains. Using her technique, which has already been patented, Egamberdieva is able to isolate from the soil only beneficial root-stimulating bacteria.

“We have already completed some experiments, both in protected greenhouses and in open fields, working in close contact with local farmers”, said Egamberdieva, who is also engaged in promotion campaigns with the government and in outreach campaigns among farmers. “Crops treated with the “bacterial fertilizers” give yields 12-15 % higher than normal, when bacteria are administered to tomatoes and cucumber”. Soon, Egamberdieva hopes, she will be given the green light to test her findings on real fields, thus helping farmers achieve better products. Her research has been supported mostly by international organizations and funding agencies.