In Tanzania, connecting geology with people

New TWAS Fellow Evelyne Mbede, a volcanologist, is making a difference in people's lives in Tanzania.

Evelyne Mbede grew up in a town called Makambako in the southwestern highlands of Tanzania with her father, Mwalimu Esau Isikaka Alatanga Mbede, a local elementary school teacher. "When I was growing up it was during the Apollo mission, and my father used to tune into BBC radio and I used listen a lot about going into space," said Mbede. "I used to love that one day I could be able to go into space."

When she entered the University of Dar es Salaam, she found that the university did not have a space-related programme, but it did have geology, which was still close to her dreams. She may have never been to space, but her understanding of Earth and other planets has at least partly fulfilled her dream, and she enjoys the vigorous field work that comes with being an Earth scientist.

She is now the director of science and technology within the Tanzanian Ministry of Communication, Science and Technology in Dar es Salaam, and a member of the Organization for Women in Science for the Developing World (OWSD). And she was recently elected as one of 52 new TWAS Fellows.

Volcanology and seismology are important in Tanzania because it sits on an active tectonic belt where some volcanoes are active. 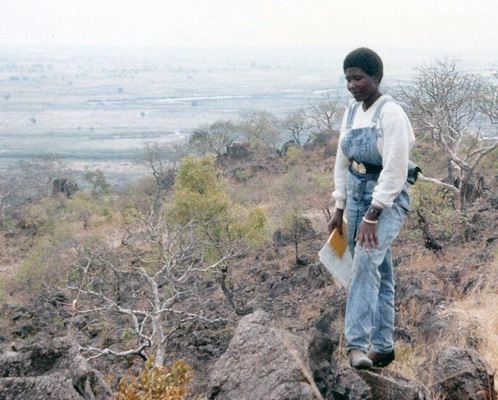 The mountain Ol Doinyo Lengai, which means 'Mountain of God', is an active Tanzanian volcano in the East African Rift. It is one such place where universities and the government monitor tremors in an effort to discern when the volcano is on the verge of eruption. They also warn locals of the dangers present, as well as tourists who come to see the Tanzanian mountains, such as Mt. Kilimanjaro, which is dormant but in a neighbouring region of Ol Doinyo Lengai.

Part of Mbede's work means going to villages and talking with local citizens to help them understand volcanism and seismicity, and instructing them on what they need to do should an earthquake or eruption strike and how to be prepared. This is an effort that began after a series of earthquakes hit Tanzania's Rungwe region in 2000 and 2001, leaving more than 2,000 people homeless.

"Most of the people of the current generation were building houses as if they lived in the non-seismic part of the country," she said. "Basically, we have to raise awareness about distinguishing houses built in seismic zones."

Mbede said being elected a TWAS member is a great honour. "I'm really grateful to have been elected a TWAS fellow," she said. "I really feel that this is an opportunity for me to interact with scientists from all parts of the world, to be able to contribute to the society as a whole."

Tags:
geology
Natural disaster management
Mbede
Tanzania
TWAS member
Buenos Aires 2013
TWAS fellows
Your subscription could not be saved. Please try again.
Your subscription has been successful. An e-mail with a link has been sent to confirm your subscription.
This website does not use profiling cookies, but only first and third party technical cookies, including cookies from social media plugins.
To learn more about our cookie policy or to change your cookie settings, click here.
By using this website and clicking “accept”, you consent to the use of cookies in accordance with our cookie policy.Accept