The Accademia Nazionale dei Lincei in Rome, Italy, announces that TWAS has been selected to receive the prestigious international Antonio Feltrinelli Prize for helping to build scientific capacity in the developing world. 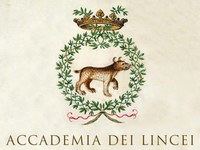 TWAS is the recipient of the 2010 'Premio Feltrinelli'. The international prize is awarded to individuals or institutions that have made outstanding contributions to knowledge or to addressing critical social or moral challenges. It is sometimes referred to as Italy's Nobel prize.

TWAS, as noted in the statement announcing the award, is being recognized for its "unprecedented accomplishments of high moral and humanitarian relevance," and especially for its efforts in helping to build scientific capacity in developing countries.

The prize includes a EUR 250,000 cash award. The announcement was made in Rome at the Accademia Nazionale dei Lincei, Italy's national science academy, which oversees the awards evaluation process. The official ceremony is scheduled to take place in November, also in Rome.

The 'Premio Feltrinelli' is given in memory of Antonio Feltrinelli, an Italian business leader and renowned artist who died in 1942. It was first awarded in 1950 to Paola Bancari Montuoso and Umberto Zanotti Bianco in recognition of their discovery of a Greek sanctuary near the famous archaeological site in Paestum, Italy. Since then, the award has been given to more than 25 people and institutions, including theFondazione Giorgio Cini and the Remedial Education Center in Gaza.

The statement accompanying the award praises TWAS for its "inspirational and far-sighted mission in the promotion of scientific and technological growth in developing countries." The statement goes on to commend TWAS for serving as "the voice of science in the South" and "for its unremitting efforts to use science as a tool for economic development in the developing world."

"We are indeed honoured to receive this highly esteemed award," Mohamed H.A. Hassan, TWAS executive director, says. "We embrace both the ideals and the spirit of the Antonio Feltrinelli Prize and are humbled by the recognition that the prize bestows. We hope we can live up to these ideals in the years ahead as we continue to promote South-South and South-North cooperation in science for advancing global economic and social well-being."

For additional information about the Premio Feltrinelli and the Accademia Nazionale dei Lincei, see www.lincei.it.