The Austrian Academy of Sciences will host a historic meeting of TWAS this fall: the 26th General Meeting, and the first hosted by a developed country.

The World Academy of Sciences will convene its 13th General Conference and 26th General Meeting 18-21 November 2015, hosted in Vienna by the Austrian Academy of Sciences. It will be a historic meeting, marking the first time that the Academy will gather in a developed country, with the exception of Trieste, Italy, its home city.

The TWAS General Conference will be opened by the Austrian Federal President, Mr. Heinz Fischer.

The Austrian Academy – Österreichische Akademie der Wissenschaften (ÖAW) – is Austria's central institution for science and research. ÖAW President Anton Zeilinger was elected a TWAS Fellow in 2014, the first Austrian elected to the Academy.

"It is a great privilege and honour for the Austrian Academy of Sciences to host the TWAS 13th General Conference," said Zeilinger. "Following the main mandate of the ÖAW – the promotion of sciences in all aspects – we aim to foster scientific cooperation on a global scale. I am convinced that the conference in Vienna will strengthen TWAS's international position as worldwide voice of science."

"We gratefully welcome the invitation of the Austrian Academy, and we regard it as an important recognition of TWAS's growing role in helping to bridge the gap between the developing and the developed world," said TWAS Executive Director Romain Murenzi. "We look forward to an excellent meeting, with an elite level of science appropriate for such a setting." 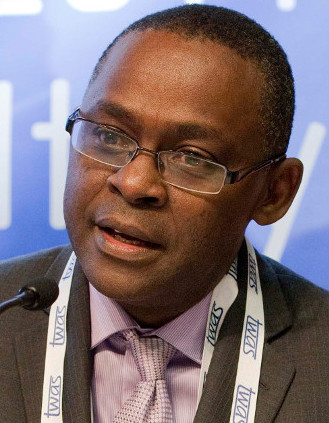 More than 300 attendees are expected at the meeting, including science ministers and other high-level policymakers, elite researchers, and leaders from science associations, education, funding agencies and non-governmental organizations. The Academy's members include illustrious scholars, senior scientists and TWAS Young Affiliates.

As 2015 has been proclaimed the International Year of Light and Light-based Technologies, presentations in Vienna will address basic light science and its applications. But the meeting will also offer presentations from such fields as agriculture, climate, energy, water and health, which present compelling global challenges that are particularly important in the developing world.

Environment Programme (UNEP), the Office for Outer Space Affairs and the International Atomic Energy Agency (IAEA), as well as the OPEC Fund for International Development.

The Vienna Scientific Cluster, as it is commonly known, includes five universities that share common goals and passion. And the outskirts of Vienna host influential scientific institutes.

Vienna's past ties with Trieste fill whole chapters in history books, as Trieste was the main trading port and shipbuilding centre of the Austro-Hungarian Empire. The historical bonds that stretch from northern Austria to the north-eastern corner of Italy are stronger then ever: through the partnership with TWAS, both Italy and Austria prove the importance of building upon science as unifying cement for development and prosperity.