TWAS to meet in India

The TWAS 21st General Meeting will take place in Hyderabad, India, on 19-22 October 2010. More than 300 invitees from 54 countries are expected to attend. Dr. Manmohan Singh, the prime minister of India, will address the delegates at the opening ceremony. 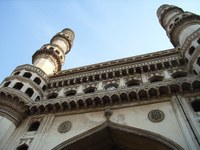 The opening ceremony will also include the announcement of the 2010 winner of the Ernesto Illy Trieste Science Prize and the official presentation of TWAS prizes, medals and certificates to the 2010 recipients of these honours. C.R. Rao, a world-renowned statistician and professor emeritus at Pennyslvania Sate University, will be given the India Science Prize.

Scientific discussions at the conference will include a half-day session devoted to the state of science in India; a ministerial roundtable examining Africa-India partnerships in science, technology and innovation; and a series of symposia examining such diverse issues as agriculture and food security, strategies for mitigating and adapting to climate change and the teaching of science to children.

A number of eminent scientists will give invited lectures, including: B. Norden, chair, department of physical chemistry at Chalmers University of Technology in Sweden; P. Singer, professor of medicine and director of the McLauglin-Rotman Centre for Global Health at the University of Toronto; L. Davidovich, professor of physics at the Universidade Federal do Rio de Janeiro; P. Berjak, professor emeritus and senior research associate at the University of KwaZuluNatal in South Africa; R. Gadagkar, professor, Centre for Ecological Sciences in the Indian Institute of Sciences; M. Jones, executive director, Forum for Agricultural Research, in Africa (FARA); K. Srinath Reddy, president of Public Health of India; and Atta-ur-Rahman, Coordinator General of COMSTECH in Pakistan.

TWAS medal lecturers and prize winners will also give talks, as will TWAS Young Affiliates.

The TWAS 21st General Meeting is being sponsored by the Indian Ministry of Science and Technology and hosted by the Indian National Science Academy (INSA) and the TWAS Regional Office for Central and South Asia (TWAS-ROCASA). The Hyderabad Eye Research Foundation (HERF) is serving as the local host.