At the 25th General Meeting in Muscat, a key focus will be on expanding the TWAS network to include more young scientists, more women, and more developing countries. Cutting-edge research will be in the spotlight, too 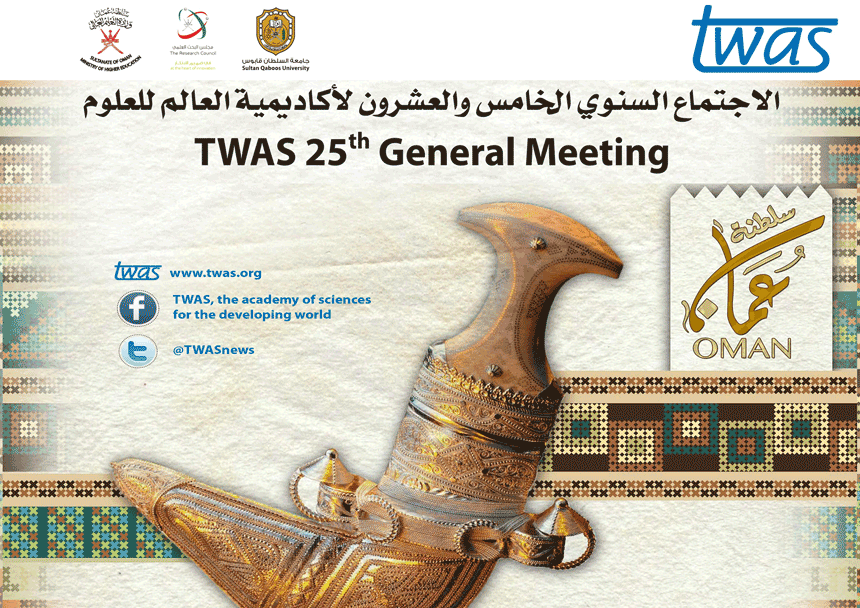 MUSCAT, Sultanate of Oman – The yearly general meeting of The World Academy of Sciences (TWAS) opens here on Sunday, with an agenda that will explore cutting-edge science and recognize some of the year’s top scientific accomplishments in the developing world.

A key focus will be on how TWAS can help to build science and engineering by extending its networks to more women, younger scientists and countries that are not well-represented in the Academy. The meeting also will feature presentations on innovation and scientific accomplishment in Oman, which is building a strong reputation in fields ranging from oil and gas engineering to health care, telecommunication and science education. 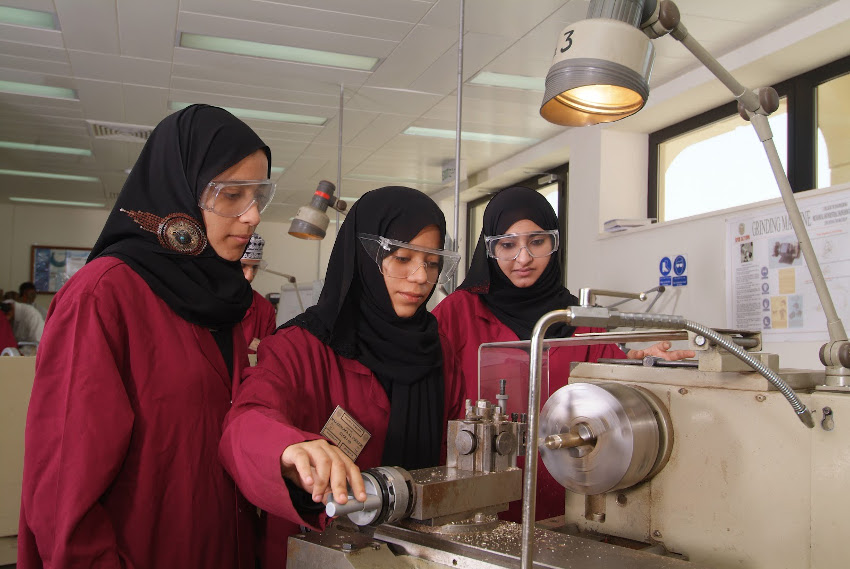 Some 350 scientists, policymakers, educators and others from 56 countries will convene for the meeting from 26-29 October outside the nation’s capital in Muscat. The 25th TWAS General Meeting is being hosted and co-organized by three leading Omani science and education institutions: the Ministry of Higher Education; The Research Council; and Sultan Qaboos University. Her Excellency Rawiya Al Busaidi, the minister of higher education and the first woman to hold a ministerial position in Oman, will play a prominent role in the meeting’s opening ceremony.

Government ministers and other top-level science and education leaders from nearly a dozen nations also will attend. On the meeting’s opening day, the science leaders will discuss how their nations are cultivating and supporting young scientific talent.

“For TWAS, and for science generally, it is very important to build networks that are broader and more inclusive,” said TWAS President Bai Chunli. “The challenge is to support more women and more young scientists, and to expand to nations that are not well-represented in the global science community. This is a long-term goal, but we need to address the problem with urgency today.” 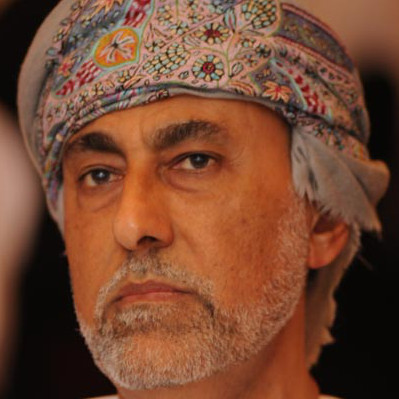 “The hosting of the meeting of The World Academy of Sciences comes within the vision of TRC, in particular and orientation of the government in general for closer regional and international cooperation relations, so that the Sultanate becomes a regional hub for innovation and a pioneer in creative ideas and provision of new goods and services through scientific research.” 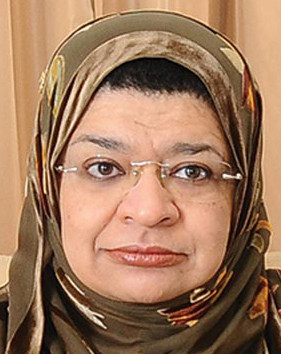 The TWAS General Meeting is a high point every year for science and engineering in the developing world. Scientific presentations will cross a range of disciplines: how arsenic in rice threatens human health, renewable energy, creating conditions to support high-impact research into brain disorders and the International Year of Light scheduled for 2015.

In addition, the winner of the prestigious TWAS-Lenovo Science Prize will be announced, along with a range of other awards for both senior scientists and younger researchers.

A showcase for Oman science 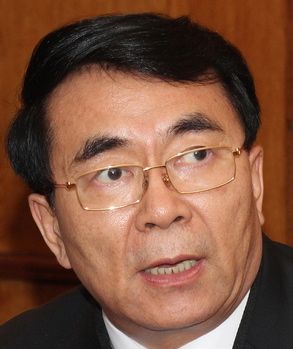 The meeting will provide a compelling look at Omani science and the nation’s sustained effort to build stronger communities and more prosperous people by investing in research, development, technology and education.

Oman is a nation of geographic diversity. Its long coast stretches from the mouth of the Persian Gulf south along the Arabian Sea; some areas in the south are nearly tropical, and the country also has significant agricultural land.

Beginning in 1970, after Sultan Qaboos bin Said Al Said came to leadership, Oman began to invest its oil and natural gas revenues in programmes to support the well-being of its people. At the time, Oman was a poor nation, with an average life expectancy under 50 years. Today, its health system is regarded as one of the best in the world, and a range of measures suggest its people live healthier and much longer lives.

TWAS Fellow Abdallah Daar was the founder of the surgery department at Sultan Qaboos medical school and today is a renowned global expert in health and health policy. He said Oman’s commitment to building a knowledge economy is reflected not just in its health system, but also in its investments in education, infrastructure and telecommunication.

Government leaders “decided no village in Oman would not have running water, not have electricity, and then the other things that follow from that,” Daar said. “Go to villages, and you will see satellite dishes, but people there still live a traditional life, not like other Gulf countries that have largely lost their traditional cultural life in the villages. It’s like no other Arab country in that part of the world.”

Oman today is taking steps to diversify its economy to reduce its reliance on oil, moving into such areas as agriculture, fishing and manufacturing, each of which has a component of science or engineering.

On one recent day, Oman’s evolving orientation seemed evident in local news coverage. One report detailed an agreement to build Oman’s first wind-power farm, at a cost of USD125million. Another covered a local forum on harnessing global medical expertise to drive breakthroughs in cardiology, blood disorders, anti-aging treatments and other health care. A third described gains by Omani women in literacy and participation in the political and economic sectors.

The power of international cooperation

In this setting, TWAS leaders from around the world will convene for a day of business meetings on Saturday 25 October. The General Meeting will open on Sunday 26 October with a high-level ceremony, featuring a welcome by Abdullah M. Al Sarmi, Undersecretary in the Oman Ministry of Higher Education and an address by TWAS President Bai Chunli. In addition, remarks will be offered by representatives of the Italian Ministry of Foreign Affairs, UNESCO, and the Swedish International Development Cooperation Agency (SIDA).

In the afternoon, the traditional Ministerial Session will feature a number of top science policy leaders discussing how to support young scientific talent. The session will be chaired by Al Busaidi and Bai, who also serves as president of the Chinese Academy of Sciences (CAS). Among those on the panel are:

On the morning of Monday 27 October, four lectures will explore themes related to the International Year of Light in 2015.

Also on Monday, the winners of the Oman National Research Award will be announced, with awardees among scientists in six fields; five scientists who have not yet received their PhDs also will be honoured.

On Monday afternoon, winners of the 2013 TWAS Prizes will present lectures on their research. Among the lecturers:

On Monday evening, the eminent Pakistani chemist Atta-ur-Rahman will deliver a lecture: “The Amazing World of Innovation.” Atta-ur-Rahman is a prolific inventor and is credited with guiding efforts to strengthen higher education and research in Pakistan. He serves as president of the Network of Academies of Sciences of Islamic Countries and president of the Pakistan Academy of Sciences. Earlier this year, CAS awarded him the International Cooperation Award.

Tuesday will be the final day of scientific sessions at the TWAS General Meeting.

The day will feature the three 2014 TWAS Medal Lectures:

In addition, Tuesday morning will include two invited lectures:

The day will close with the distribution of Oman’s National Research Awards and a presentation of the projects completed by the The Research Council of Oman across a range of science and engineering fields.

The World Academy of Sciences for the advancement of science in developing countries – TWAS – works to advance sustainable prosperity through research, education, policy and diplomacy. TWAS was founded in 1983 by a distinguished group of scientists from the developing world, under the leadership of Abdus Salam, the Pakistani physicist and Nobel Prize winner. Today, TWAS has some 1,150 elected Fellows from 90 countries; 15 of them are Nobel laureates. The Academy is based in Trieste, Italy, on the campus of the Abdus Salam International Centre for Theoretical Physics (ICTP). Through more than three decades, its mission has focused on supporting and promoting excellence in scientific research in the developing world and applying scientific and engineering research to address global challenges. TWAS receives core funding from the Government of Italy. The United Nations Educational, Scientific and Cultural Organization administers TWAS funds and personnel.

Sean Treacy contributed to this report