"A Voice for Science in the South"

Thirty years after the first TWAS General Meeting, a new book explores the Academy's past and its future in a series of essays by TWAS leaders and prominent Fellows from the developing world.

Thirty years after the first TWAS General Meeting, a new book explores the Academy's past and its future in a series of essays by TWAS leaders and prominent Fellows from the developing world. 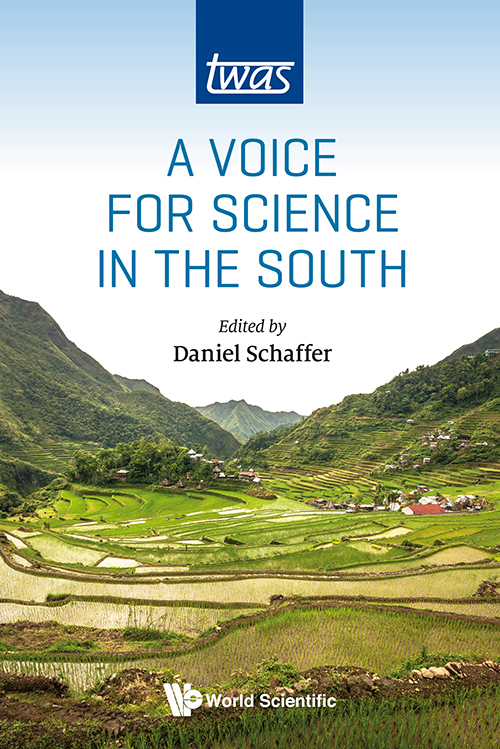 "A Voice for Science in the South" serves as a window into one of the most historically significant changes of our era: how nations once trapped in poverty have invested in science, technology and education to drive economic development and improve human conditions.

The book "will serve as a lasting reminder of the commitment that motivated Abdus Salam, Paolo Budinich and the others who founded the Academy and guided its work for the first 30 years," writes TWAS President Bai Chunli in the Foreword. "Though the world may change, their ideals remain constant. At the same time, this volume reminds us of the hard work and creativity that will be required to build on their legacy, so that TWAS remains an effective leader and advocate for science in the service of human progress."

"A Voice for Science in the South" was edited by Daniel Schaffer and published by Singapore-based World Scientific. It is being released at the 26th TWAS General Meeting, held this year in Vienna, Austria. [Visit World Scientific to learn about ordering the book.]

The book was written to commemorate the 30th anniversary of both TWAS's founding in 1983 and its first General Meeting. That meeting was held in July 1985 in Trieste, Italy, the Academy's headquarters city; it attracted messages of support from a range of world leaders at the time, and was attended by United Nations Secretary-General Javier Pérez de Cuéllar and other global science leaders.

In an introductory essay, Schaffer reflects on the vision and commitment of Salam, the Pakistani physicist who founded the International Centre for Theoretical Physics (ICTP) in 1964 and won the Nobel Prize in 1979. Schaffer served as TWAS public information officer for nearly 15 years before retiring 2012.

"A Voice for Science in the South" also includes essays by:

Each writer in these essays traces a story of how personal success as a researcher led to engagement and work with TWAS. They focus simultaneously on their own evolution as science leaders, and the rise of TWAS as a leader in a global movement that has profoundly changed the world.

At the same time, the essays take a sharply focused look at TWAS's current role in the world and at the growth and change that will help it to remain an influential global advocate for science in the world's least-developed nations.