The Chinese Academy of Sciences (CAS) is making a significant new investment in five CAS-TWAS Centres of Excellence to build scientific strength and drive innovation in the developing world. 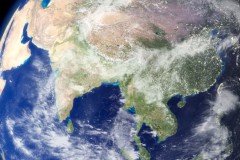 The centres will focus on five areas: climate, water, space technology for disaster mitigation, green technology and biotechnology. Each centre will offer a range educational and training opportunities for scientists and engineers from the developing world, with the goal of advancing research, exchanging knowledge and building global networks.

"I believe that CAS-TWAS Centres of Excellence would be in a key position in conducting training, joint research cooperation and policy studies and will function as a powerful arm of TWAS in achieving its missions", said Bai Chunli, president of both CAS and TWAS. "The success of those centres will rely on the active involvement and contributions of TWAS members, its young affiliates and the five TWAS regional offices.

"The five centres of excellence can very quickly make an impact on critically important issues such as water, environmental protection, and preparation for natural disasters", Murenzi said. "Within a short period of time, literally hundreds of scientists from the developing world will be able to visit one of the centres in China and take highly valuable knowledge back to laboratories, classrooms and policymakers in their home countries."

Over the next three years, CAS has pledged to invest USD6.5 million in the five centres, with funds flowing to workshops, training, PhD programmes, starting up joint research projects, strategic study reports, and the staff to support them. The five were selected from among 22 CAS-TWAS Centres of Excellence "based on a peer-review of their previous cooperation with TWAS and other developing countries, and the merits of research capacity", Bai said.

The 22 CAS institutions are among the more than 100 centres in the South collaborating with TWAS under the TWAS-UNESCO associateship scheme. The TWAS scheme allows researchers from developing countries to make two visits (of two-three months each) to these institutions during a three-year appointment.

The new Chinese Academy of Sciences investment follows a major agreement in February under which up to 140 early-career scientists per year from the developing world will travel to China for PhD study and research. Bai assumed the presidency of TWAS in January.

Since its founding in 1949, CAS has grown to include two universities, 117 institutes, more than 100 national and state key laboratories, 200 engineering research centres and about 1,000 field stations throughout China. Its staff numbers more than 60,000. CAS and TWAS have long had a close and productive relationship, often involving TWAS's Regional Office for East and Southeast Asia and the Pacific

Each of the five centres of excellence that are targeted for new funding is based at existing institutes of the Chinese Academy of Sciences:

For further details, see the summary of the missions and work plans at the five CAS-TWAS Centres of Excellence.

Tags:
space technology
climate
capacity building
centre of excellence
CAS
fellowships
science-based development
China
Regional Office Beijing
science centres
disaster mitigation
Your subscription could not be saved. Please try again.
Your subscription has been successful. An e-mail with a link has been sent to confirm your subscription.
This website does not use profiling cookies, but only first and third party technical cookies, including cookies from social media plugins.
To learn more about our cookie policy or to change your cookie settings, click here.
By using this website and clicking “accept”, you consent to the use of cookies in accordance with our cookie policy.Accept