'Seeds of Science' set for broadcast

'Seeds of Science', a vivid and inspiring documentary about the work done in Kenya by TWAS-supported scientists, will be broadcast in Italy twice in the coming week on RAI-TV's Friuli Venezia Giulia channel. 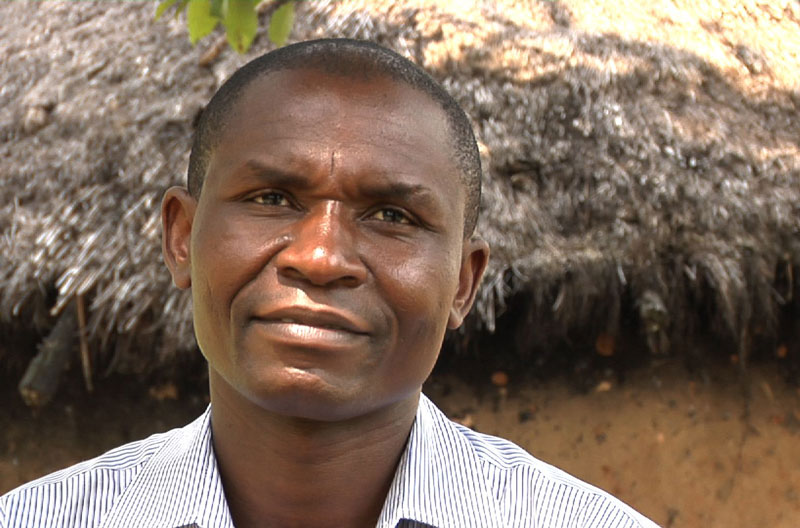 The documentary was produced by Trieste filmmaker Nicole Leghissa, in partnership with Italian public broadcaster RAI's regional Friuli-Venezia Giulia (FVG) branch and TWAS. Leghissa has specialized in films that show the human impact of science, and Seeds of Science explores how researchers in Kenya are overcoming significant challenges to increase farm production, improve water supplies and protect the environment.

A private preview was held Thursday, 21 November at RAI-FVG's headquarters in Trieste. A small audience, including local political and scientific leaders, was welcomed by Guido Corso, the new director of the regional RAI office; Romain Murenzi, the executive director of TWAS; and Leghissa.

Seeds of Science focuses on the work of several scientists in Kenya. Thousands of miles away, in Trieste, a small staff at The World Academy of Sciences (TWAS) provides PhD fellowships, research grants and prizes to support their work. Similar support is awarded every year to hundreds of other scientists in the developing world.

Their stories are interwoven with the story of the Academy, which was founded 30 years ago by Nobel laureate Abdus Salam and a small group of elite scientists from the developing world, Italy and elsewhere in Europe. Mohamed H.A. Hassan, TWAS's former executive director, and Murenzi, his successor, help to tell the story. 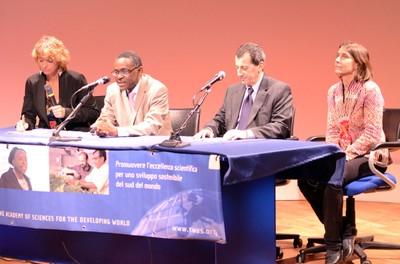 The stories of the African scientists speak of the great enthusiasm and energy that they invest in their research. They also describe the arduousness of uncertain work, and the deep satisfaction when results do come.

"The willingness of having a joint production with TWAS on science and developing countries stems from the common vision and mission that our institutes share", Corso remarked in his introduction. "RAI, in particular, is devoted to providing the Italian audience with a high-quality public service in the information field."

"TWAS is based in Trieste, the 'City of Science'," Murenzi said. "Therefore, the Academy may be, indeed has to be, the natural link that bridges the gap between the North and the South of the world, when it comes to use science for the benefit of peoples." Especially in the North, he added, scientists worry about scarcity of funding. But the Africans are striving to make an impact with much less.

The first of four stories that Leghissa portrays starts in Mbita, near Lake Victoria, where Indian-born Zeyaur Khan has come up with the 'push-pull' technology at the International Centre of Insect Physiology and Ecology (icipe). The push-pull system makes use of two kinds of companion plants: a trap crop that serves as an attractant for stem borers, to pull them away from cereal fields, and a second crop planted within the rows of the main cereal to repel the pests.

The most effective trap crop deployed thus far is Napier grass (Pennisetum purpureum), which is planted as a border around the main crop. Napier grass is preferred to maize plants by stemborer moths for egg laying, but most of the resultant larvae do not survive on Napier grass. At the same time, the fodder legumes of the genus Desmodium that are planted within the main cereal act as an effective repellent for stemborers – with the added benefit of fixing nitrogen in the soils and serving as a cover crop to prevent soil erosion. Khan has been teaching this technology to farmers in northern Kenya. To-date, more than 60,000 farmers use push-pull, but the technique has benefitted an estimated 400,000 thousand people.

"The bottom-up approach I chose for my stories was," Leghissa told the audience, "because I think it is important to show how small steps at the local level can trigger big results on urgent matters such as providing food for a community." 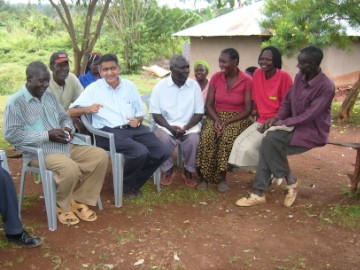 Leghissa has been working as a filmmaker for ten years. In collaboration with the Abdus Salam International Centre for Theoretical Physics (ICTP) she has already written and directed Unwired, a documentary on wireless communication in developing countries (2012). In 2011 she authored Revolutionary Mind on Italian virologist Ilaria Capua. Her works have been broadcast by German, French, Slovenian and Italian TV stations.

Another story in Seeds of Science introduces Kenyan chemist Peterson Guto. Through a research grant, "TWAS bought me some important equipment I am now using to monitor the chemical and physical characteristics of the Nairobi River, massively polluted and still used by Nairobi's citizens as a primary source of drinking water. Without this equipment, my laboratory couldn't work," Guto says.

Vitalis Wafula Wekesa, on his part, tells how he has obtained a PhD degree in Brazil thanks to TWAS's support. He now studies entomopathogens, microorganisms that kill plant parasites. He also gives back to his community what his community gave him in his youth. His father struggled to pay the fee for his education. Thankfully, a professor trusted his qualities and further helped him to succeed during his course of studies. Now he pays back his old professor by sponsoring children at his school, in his native village Chebosi.

Segenet Kelemu is an expert in plant diseases, and the first woman to direct icipe, the insect research centre based in Nairobi. Kelemu explains how important it is to provide young scientists-to-be with training, laboratories and equipment. "If we couldn't provide them with our facility, they would have to move aboard," she comments.

All these stories speal of the great enthusiasm that moves researchers in developing countries – and the ways in which science in Trieste and in Africa helps to build healthy and prosperous communities.

Tags:
urban
research grants
capacity building
centre of excellence
sustainable development
science capacity
fellowships
entomology
science-based development
water
icipe
chemistry
agriculture
2013
Your subscription could not be saved. Please try again.
Your subscription has been successful. An e-mail with a link has been sent to confirm your subscription.
This website does not use profiling cookies, but only first and third party technical cookies, including cookies from social media plugins.
To learn more about our cookie policy or to change your cookie settings, click here.
By using this website and clicking “accept”, you consent to the use of cookies in accordance with our cookie policy.Accept