On the occasion of its 30th year of activity, TWAS, The World Academy of Sciences for the advancement of Science in developing countries, will honour two women who have provided decades of commitment to the Academy’s cause. 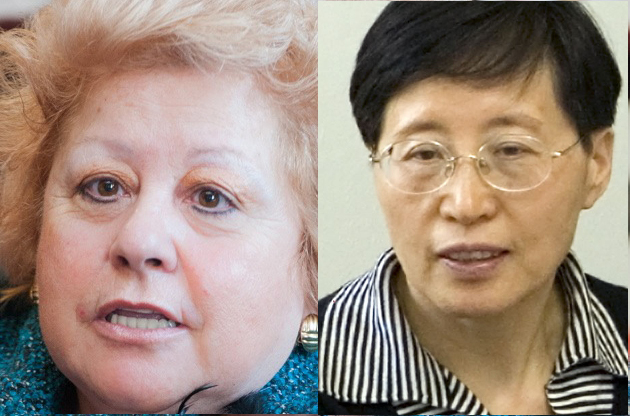 Immacolata Pannone, scientific expert in the Bilateral and Multilateral Scientific and Technological Unit of the Italian Ministry of Foreign Affairs, and Mme. Shuqin Fu, past director of the TWAS Regional Office for East & Southeast Asia within the Chinese Academy of Sciences, will be honored during a ceremony on 1 October during the 24th TWAS’s General Meeting, held this year in Buenos Aires. They will receive plaques that commemorate their tireless efforts to support TWAS in its mission.

“The Italian Minister of Foreign Affairs strongly promotes and sustains programmes of scientific international cooperation,” Pannone said in response to the award. “TWAS has been its proactive voice in the south of the world, and I am proud of the results accomplished with TWAS’s colleagues.”

Pannone is being cited for “her continuous commitment in enhancing the special relationship between Italy and TWAS in support of science in the developing world.”

Shuqin Fu has been a driving force within the Chinese Academy of Sciences (CAS), China’s top academic institution and comprehensive R&D centre in natural sciences and high-tech innovation. Her work with CAS began in 1989, when she started as a programme officer.

When the TWAS regional office for East & Southeast Asia (TWAS ROESEAP) was established, in 2003, Fu spared no efforts to set up the office and organize a smooth workflow. She took the lead in coordinating international workshops, working with TWAS scientists, implementing the CAS/TWAS fellowship programme, promoting the associateship scheme at centers of excellence in the South and, in general, building strong, productive relationships between China and TWAS.

Her contributions and cooperative spirit are recalled by colleagues at TWAS’s headquarters in Trieste, Italy, who praise her reliable assistance at all times of the day.

In view of her excellent management capacity and contributions, Fu is now working as consultant to the TWAS regional office in China (ROESEAP). “I have good memories from the times spent working with TWAS’s colleagues,” she said. “And I am glad I could serve the CAS/TWAS mission for so many years, giving my personal contribution to the promotion of science as a tool for development and peace”.

She will be honoured for her “continued commitment in enhancing scientific collaboration between developing countries, and especially between the Chinese Academy of Sciences and TWAS”.