TWAS joins an international consortium, including the Royal Society and the Environment Defense Fund, in a call for coordinated action on geoengineering research.

Nations, nongovernmental organizations and individuals should engage in a dialogue to explore the potential risks and benefits of solar geoengineering and to help establish effective governance for research. 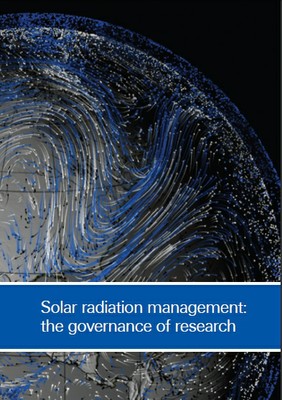 SRMGI was established in March 2010 to explore how to govern the developing research area of solar radiation management (SRM), a type of geoengineering that would cause a small percentage of inbound sunlight to be reflected back into space to reduce global warming.

TWAS Fellow Paulo Artaxo, head of the Department of Applied Physics at the Institute of Physics, University of São Paolo, Brazil, notes: “Like the effects of global warming, the effects of solar radiation management deployment are likely to have greater impacts in developing countries. As a result, developing countries need to be involved in the discussions to develop such governance arrangements from the beginning.”

Interest in SRM technologies has increased rapidly in recent years. SRM may reduce temperatures quickly and relatively cheaply. However, these technologies could also have significant unanticipated side effects. Moreover, they would not affect the rising levels of greenhouse gases and could conceivably be implemented unilaterally without consultation or agreement from individuals and nations that could be affected.

SRMGI has brought together diverse opinions and expertise from the natural and social sciences, governance and law, as well as NGOs, industry and civil society organisations. The report summarises opinions gathered and issues raised at a major conference held in March 2011 and other meetings. It includes input from experts and organisations in 22 countries.

John Shepherd, Fellow of the Royal Society and co-chair of SRMGI, observes: “Unless the apparent lack of political will to significantly reduce greenhouse gas emissions changes soon, geoengineering may be needed and SRM methods could be used in unregulated and possibly reckless ways by individuals, corporations or countries. These actions would have consequences beyond national borders that are as yet unknown. We must also work outside our national borders, bringing together interested parties from around the globe to debate the issues of geoengineering, agree on appropriate governance structures and ensure that any research is undertaken in a safe, transparent and socially acceptable manner. The question of whether solar geoengineering will prove to be helpful or harmful will largely depend on how humanity can govern the issue and its political implications, and avoid unilateral action.”

Steve Hamburg, Chief Scientist for Environmental Defense Fund and co-chair of SRMGI, says: "Solar Radiation Management might sound, at first, like something from science fiction - but it's not. There are already serious discussions beginning about it, and that's why we felt it was urgent to create this governance initiative. Solar radiation management could be a Plan B to address climate change, but first we must figure out how to research it safely. Only then should we even consider any other steps."

SRMGI is being supported by a range of funders and partners, including The Fund for Innovative Climate and Energy Research (FICER), Carbon War Room and Zennström Philanthropies.

Tags:
climate
SRMGI
Royal Society
earth sciences
science diplomacy
Programme_with_Partners
environment
news_item
geoengineering
Press release
comunicato stampa
2011
science policy
Your subscription could not be saved. Please try again.
Your subscription has been successful. An e-mail with a link has been sent to confirm your subscription.
This website does not use profiling cookies, but only first and third party technical cookies, including cookies from social media plugins.
To learn more about our cookie policy or to change your cookie settings, click here.
By using this website and clicking “accept”, you consent to the use of cookies in accordance with our cookie policy.Accept