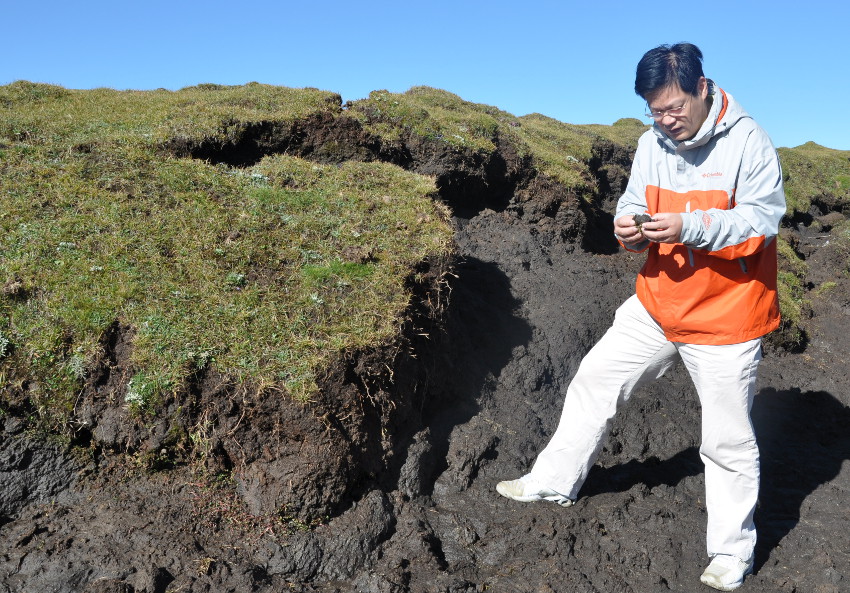 An estimated 10% of Chinese farmland soil is polluted, and much of that pollution is from mines that release arsenic, a cancer-causing element that is poisonous to plants and humans alike.

Zhu Yongguan of the Chinese Academy of Sciences (CAS) researches the relationship between plants and soils, working across scientific disciplines to address problems with soil and the environment, especially China’s arsenic problem. His findings include how arsenic moves from soil to plants, particularly the parts we eat every day, and how that, in turn, affects human health. He has also discovered how bits of iron on rice roots affect arsenic’s movement into rice plants. He and his colleagues have also identified genes that influence arsenic accumulation and metabolism in plants. In rice paddy soils, he discovered how microbes influence the relationship between nitrogen, iron and arsenic, and determined how the arsenic in such soil becomes volatile.

Zhu is also influential in global policy on arsenic pollution. He has been invited twice by the World Health Organization and the Food and Agricultural Organization of the United Nations to chair discussion groups on methods to reduce arsenic contamination in rice. He is a scientific committee member for the International Council for Science (ICSU) programme on Human Health and Wellbeing in the Changing Urban Environment, and served with the International Atomic Energy Agency’s Standing Advisory Group for Nuclear Application.