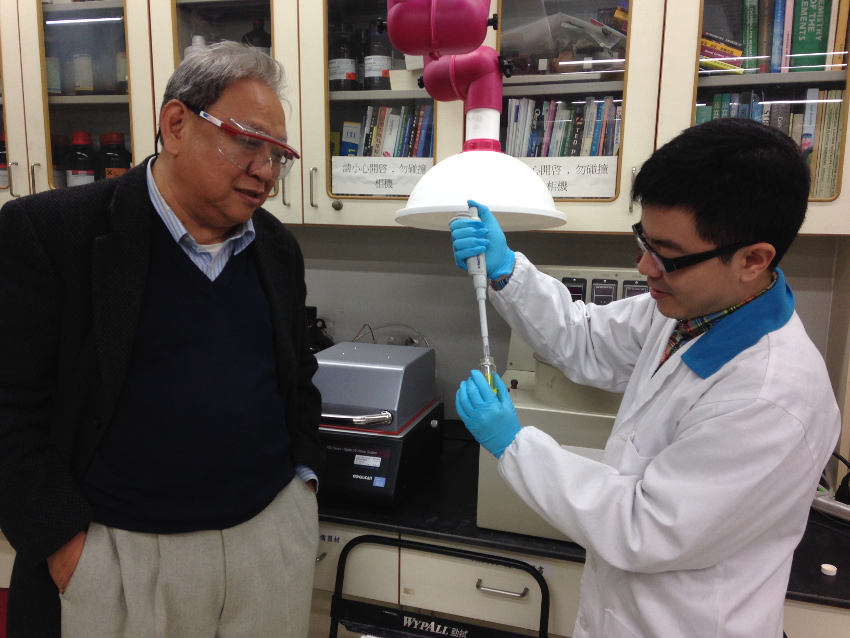 Some surprising uses exist for an object with pores too tiny to see. For one thing, you can use it to trap water in an environment in which it can’t freeze, even when cooled to -73 degrees Celsius. Then you can observe that water’s strange density and behaviour, and gather evidence that water under certain circumstances can transform into a new form of liquid.

This is just one way scientists have used a nanomaterial called mesoporous silica, developed by Chung-Yuan Mou and his colleagues in 2004. It is also useful for giving patients pharmaceutical drugs and other medically useful substances. For example, Mou’s team found a way to bring foreign genes into the genomes found in cells using mesoporous silica instead of the normal delivery method: viruses. Mesoporous silica has since rapidly grown into a significant research subject within medicine.

Mou started his research career in theoretical chemistry, and entered experimental work in 1991. His laboratory became the first Taiwanese lab producing quantities of C60, hollow spherical molecules made entirely of carbon and popularly known as buckyballs. He has also worked on carbon nanotubes, a conducting nanomaterial with much potential in energy and electronics.

In the following years, he worked on mesoporous silica, and his first work in that field was accepted by Science. He has had a leading role in this field ever since, producing research that has applications in both energy and biomedicine. Mou has won many awards and co-authored more than 300 research papers.

He also works to develop science policy to strengthen homegrown research and to bridge scientific research with industry. Between 2012 and 2014, he served as a deputy minister of the National Science Council of Taiwan.