The government of a small, landlocked developing country wanted to provide electricity to the 40% of its citizens who had none. But there was no clear way to do so, and they could not count on their neighbours for help. So what creative strategy would allow them to connect their people to the national grid?

The country was a fictional example from an exercise for scientists and policy experts from the developing world who attended a workshop on energy policy and science diplomacy held last week at TWAS. The hypothetical nation also had vast crude oil reserves it could use for trade, but was cut off from potential markets by the unfriendly powers bordering it in the north, west and east. Worse yet, it was blocked from the sea by a nation to the south that had been unstable for years. 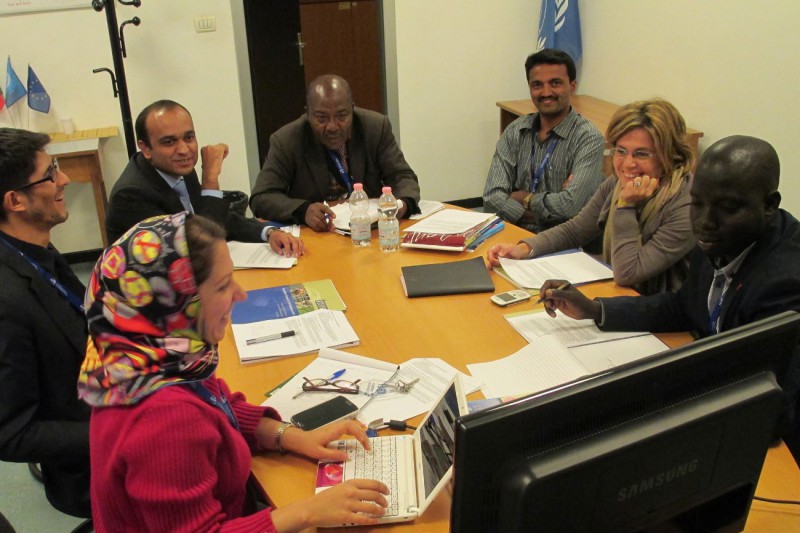 So a committee of workshop participants – playing the role of energy policy officials – went to work. Most of them were scientists, so the first thing that came to mind was to fund research and development, but as time went on something became startlingly clear: The best policy for providing power to their citizens left little money remaining for scientific research.

Carlos Meza-Benavides, a renewable energy technology researcher from Costa Rica, said that after realizing that research and exports could not be the priority, the group found that their best resource was actually their own citizens. Their focus shifted to developing local processing of their crude oil by investing in infrastructure and foreign technology, while improving relations with their neighbours over the long term using science diplomacy.

"We can have a technology programme for people in neighbouring countries to come to our country to do some research on energy or contribute to our development and we will repay them," he said. "In this way, we'll have a better relationship with our neighbours."

This exercise was a centrepiece in the week-long workshop that brought energy-sector scientists and policymakers from throughout the world to TWAS headquarters in Trieste, Italy, to explore the relationship between science, policy and diplomacy. The participants, more than 20 in all, came from Bangladesh, Cameroon, China, Costa Rica, Egypt, India, Iran, Italy, Nepal, Nigeria, Pakistan, Senegal, South Africa, Tanzania, Uzbekistan and Zimbabwe.

The landlocked country was one of three hypothetical situations workshop attendees wrestled with. Another group managed the budget for a country that was very underdeveloped but had a rapidly growing economy and young population, most of whom make their living through agriculture.

"When you're writing (a policy document) you want to assume the people who are reading are laymen," said Willie Davison Ganda to his group-mates. He advised that avoiding dense language was important so that everybody can understand what the government's policies are. Ganda is the director of research development and innovation for the Ministry of Higher and Tertiary Education, Science and Technology Development in Zimbabwe. He was also one of the workshop's of four "science diplomacy ambassadors" – scientists with policy experience.

A third group managed a hypothetical petro-state with an oil-reliant economy and a massive unpaid debt. As they planned their budget, they created a chart detailing how much interest in green energy and decision-making power each interested party would have. "Foreign debt owners would have a lot of power and low interest in green energy," pointed out Heba Khalil, an associate professor at Cairo University in Egypt, during the discussion. "They'll want to get their money back." 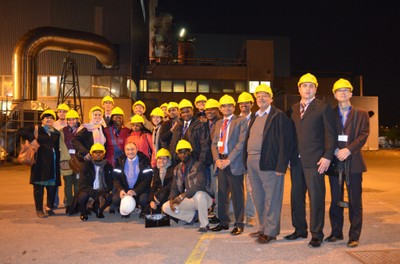 In addition to the exercises, the workshop featured several presentations. Vaughan Turekian, director of the Center for Science Diplomacy at the American Association for the Advancement of Science (AAAS), provided an overview of science diplomacy.  Also, science diplomacy ambassador Malti Goel, of the executive director of the Climate Change Research Institute in India, reviewed the energy policies of the fast-growing economy of India. Also, Trieste Mayor Umberto Laureni discussed the complexities of energy in Trieste, and former TWAS executive director Mohamed H.A. Hassan gave an international perspective on collaborative efforts in science that require diplomatic links. Additionally, the group toured Termovalorizzatore Errera, a waste-incinerating energy plant in Trieste.

Mirabbos Khujamberdiev, a hydrogen-power technology scientist with Tashkent Institute of Chemical Technology, said the hypothetical landlocked country faced a situation similar to Uzbekistan, his home country. Uzbekistan has an interest in trading with China and Russia, he said, but has neighbours that necessitate pipeline negotiations. They are also cut off from the sea by the unstable nation of Afghanistan. His familiarity with Uzbekistan's geopolitical reality allowed him to illustrate the situation in the exercise to his group-mates.

Meza-Benavides reflected that the workshop provided valuable lessons about how policymakers have to think because of the political realities they face. "This is a very good exercise because it allows you to understand that you have to face a lot of problems and that research might not be a priority."

The workshop opened up a new professional and personal horizon, said Tabassum Mumtaz, a biologist with the Bangladesh Atomic Energy Commission. Mumtaz received her PhD from theUniversiti Putra Malaysia through a fellowship sponsored by a TWAS partner, the Organization for Women in Science for the Developing World. She was also central to a spirited discussion during the workshop about nuclear power in the developing world because, in collaboration with Russia, her home country of Bangladesh is currently making progress toward establishing its first-ever nuclear plant.

"As a scientist in the field of biological science, we have always been so focused, or in other words confined, to our experimental results without giving emphasis that how it would be perceived by the community," she said. "From this workshop, I could catch up what is meant by science policy and how we can address energy issues for any developing country."

"I think this is one of the most interesting workshops that I've attended," said Josephine Musango, a senior lecturer for the Stellenbosch University's School of Public Leadership in South Africa. She said that it was also a valuable opportunity for her to make connections with energy policy experts from China and India, among others, and has plans to replicate the workshop's format with her own classes. "I think it's the beginning of something new."

[TWAS's future workshops on science, diplomacy and policy are likely to cover such issues as sustainable water management, food security and climate change, and sustainable exploitation of the oceans. For more information, email sciencediplomacy@twas.org]

You can find presentations by workshop participants below.

This workshop was part of the TWAS Science Diplomacy programme, which includes lectures, seminars, workshops, international meetings, and a regional prize. Other such events have included the Budapest science diplomacy roundtable, the 2nd MENA Educational Institute for Responsible Science, and the AAAS-TWAS Summer Course in 2014. A full assortment of presentations and final reports on each of the hypothetical scenarios from the workshop are available below, as are further photos from the workshop's activities. You can also read an announcement of the event. The workshop also featured a science diplomacy lecture by AAAS Center for Science Diplomacy director Vaughan Turekian.