In the Democratic Republic of the Congo, poor food storage and hygiene practices are common enough that contaminated or spoiled food is sold throughout the country. So Akier Assanta Maf, a food safety specialist from Canada, went to the Congo as a TWAS visiting scientist to help. 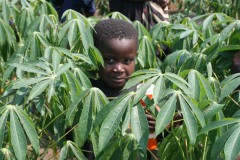 In recent years, Congolese consumers have risked catching diseases including typhoid, amoebiasis, E. coli, parasites, plant toxins and various diseases that cause diarrhea. These ailments contribute to malnutrition and death rates of both children and adults throughout the country. For example, the World Health Organization reported in March 2011 that a cholera outbreak in the DRC had killed 265 people. To help address these challenges, Maf traveled to the Democratic Republic of the Congo (DRC) in 2012 under the TWAS Visiting Scientist Program and an agreement with Canadian Department of Agriculture and Agri-Food.

Maf's story is one of several in the new 2012 TWAS Annual Report featuring Academy programmes that help scientists in the developing world do their best work, advance their careers and build a better world. The Visiting Scientist Programme allows top scientists to visit developing countries that can use their expertise. The programme is especially focused on countries with limited outside contacts, with the primary goal of helping to build scientific research and teaching capacity in the host country.

Maf is a DRC native, and also a veterinarian, microbiologist, and an expert on food hygiene. He lives and works in Canada, creating strategies for Canada to control disease-causing microbes and spoiled food. He went to DRC to train Congolese undergraduate students on the essentials of food safety – everything from food inspection procedures to microbial science – while also educating the general public of the African nation on the importance of food safety.

“This opportunity plays an important role in protecting the health of the Congolese population against foodborne pathogens,” Maf said. 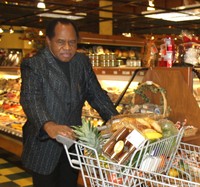 While many in the DRC's population of 65 million lack access to safe food and face frequent foodborne illnesses, Maf said, food safety not only keeps people healthy, but it promotes the economic development of the country as a whole. So the North-South collaboration between Canada and the DRC presented the Congolese with an established expert in Maf who could help them to strengthen local food-safety skills.

Maf’s students learned about food inspection, food microbiology, detection of hazards and how to monitor and control health threats. While in the DRC, Maf lectured and participated in conferences at the Superior Institute of Applied Techniques in Agri-Food Chemistry, where he could teach food-safety essentials to more than 80 students. He also taught a course at the University of Lubumbashi to more than 180 students.

The combined help of Canada and TWAS helped introduce the Congolese students to an approach called “hazard analysis and critical control points,” which helps identify tainted food while it’s being manufactured. The approach was even built into a production plant for Chikwangue, a popular Congolese dish made from tubers of the Cassava plant. 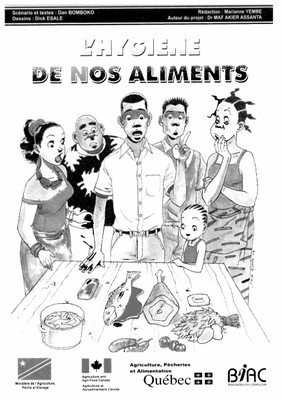 Teaching students in the DRC was an enriching and rewarding experience, Maf said, but it was just one of many projects. For example, Maf and his colleagues created a French-language comic strip called “Hygiene of Our Food”, depicting a character becoming ill from eating unsafe food and offering advice on preventing foodborne illness. “It is gratifying to see that, through the courses that I taught, the conferences that I gave, the meetings I organized, the television programs I participated in, I was able to share with the Congolese the knowledge and the expertise on the food safety practiced in Canada.”

Mahangaiko Muyumba, the dean of the Faculty of Veterinary Medicine at the University of Lubumbashi, said Maf not only helped to train new food safety specialists in the DRC, but also established a close  connection between the North and South. “The contribution of this scientist in our faculty is not debatable,” Muyumba said. “It contributes to the improvement of the Congolese food system in order to ensure the public health of the population.”