Giving nature's capital its due

Economics professor Partha Dasgupta, speaking at the opening session of the IAP International Conference on Biodiversity in London, says we need new economic indicators that take into account the value of ecological systems. 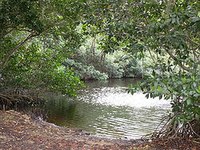 "We have consistently underestimated – in fact, virtually ignored – the value of natural resources when assessing the economic wealth of nations," says Partha Dasgupta (TWAS Fellow 2001). A key problem, he notes, is that "we continue to rely on indicators that not only overestimate the level of a nation's economic well-being, but also mask its unsustainable use of nature's bounty."

Dasgupta, a professor of economics at the University of Cambridge and the Sustainable Consumption Institute at the University of Manchester, UK, spoke at the opening session of the InterAcademy Panel (IAP) International Conference on Biodiversity and General Assembly, in London. The conference was sponsored by the Royal Society, which is celebrating its 350th anniversary this year.

"We have historically measured wealth in terms of manufactured capital (roads, bridges and communications systems), human capital (knowledge and health) and social capital (administrative and legal systems)." But wealth also depends on natural capital – resource-based ecosystems (for example, forests, fisheries, wetlands and aquifers) that aid in the production of food, fibre, fuel and fresh water.

Dasgupta, who is one of the world's leading figures in the field of ecological economics, has conducted path-breaking research showing that per capita wealth actually declined in South Asia between 1970 and 2000 even though the Human Development Index recorded a sharp increase in the region's per capita gross domestic product (GDP).

"Markets," Dasgupta asserts, "don't function well – indeed they often don't at all – for ecological assets." Consequently, he encourages the creation resource-sensitive "shadow prices" as a way to account for the value of ecological systems.

"We may never get such prices entirely right," he acknowledges, "but we can establish a range of prices" that will more accurately reflect a nation's economic well-being for both current and future generations. He notes that such assessments display a nation's "inclusive wealth," not only because they gauge the value of resources in the production of goods and services, but also because they take into account the needs of future generations.

According to Dasgupta, the two most important policy questions that public officials and economists can ask are these: "How are we doing?" and "What should we be doing?" Assessments based on the concept of inclusive wealth, Dasgupta says, transform "these two questions into one" by emphasizing both the significance of sustainable resource use and the ethical responsibility that today's citizens have for the well being of future generations.

Such "people-first" considerations, Dasgupta maintains, don't carry much weight in more conventional models and strategies for development. For both our sake and the sake of our children, he concludes, it's time that they did.

The IAP's Conference on Biodiversity and General Assembly continues through Friday, 15 January 2010.