The Hungarian Academy of Sciences and TWAS have invited experts from 14 nations to a roundtable on the use of diplomacy in scientific research and governance. Venue: Italian Institute of Culture in Budapest, Hungary, on 8 April 2013. 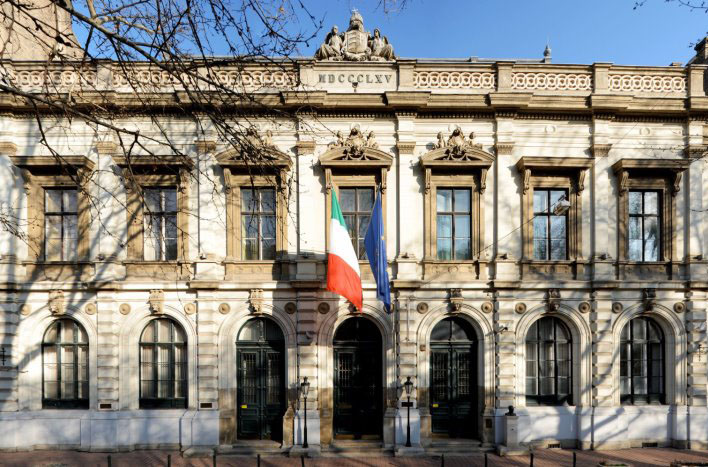 Knowledge-, science- and innovation-based societies today play a crucial role in shaping the economic growth of a country and the prosperity of its people. To explore in what ways diplomacy can interact with science to boost development, the Hungarian Academy of Sciences and TWAS have invited scientists, diplomats and science policy experts from 14 countries in Central and Eastern Europe and on the southern shore of the Mediterranean to a roundtable titled 'Science and Diplomacy: Central Europe and Southern Mediterranean' to be held on 8 April 2013 in Budapest, Hungary.

The event – organized in collaboration with the Embassy of Italy and the Italian Institute of Culture in Budapest in the framework of the 2013 Italo-Hungarian International Year of Culture and Science, with partial support coming through a grant from the Swedish International Development Cooperation Agency (SIDA) – will examine the role of science academies in building research; the challenges confronting women in science; and obstacles encountered by the less developed countries as they seek to build research capacity.

"Talent is spread in the world much more evenly than the output of scientific performance would have you believe," says József Pálinkás,  the president of the Hungarian Academy of Sciences. "It is our task to provide this talent with a fertile ground to flourish and make it produce outstanding results in the field of science as well. Compared to leading R&D performers, Central and Eastern Europe has to face challenges similar to those of developing countries. It is not a simple exercise to fight brain drain or to ensure access to state-of-the-art research infrastructure, but it is far from impossible. The example of the Hungarian Academy of Sciences proves that by focusing existing resources in the service of excellence it is also possible for less developed countries to make significant progress."

“We are confident that TWAS's long-standing experience in helping developing countries to build strength in science will foster a valuable discussion with Eastern and Central Europe, where there is such a strong history of excellence in research," says Romain Murenzi, the executive director of TWAS. "This virtuous blend of expertise and goodwill can reinforce the cooperation among our countries and create many other beneficial results."

Among the speakers: Katalin Bogyay, president of the UNESCO General Conference and Ambassador and Permanent Delegate of Hungary at UNESCO; Alan Leshner, chief executive officer of the American Association for the Advancement of Sciences (AAAS), TWAS's partner organization in a joint programme on science and diplomacy, who will deliver the keynote address.

The Italian delegation will be represented by Ambassador Maria Assunta Accili (Embassy of Italy in Budapest); Gina Giannotti, director of the Italian Institute of Culture in Budapest and local organizer of the event; Immacolata Pannone, scientific expert at the Bilateral and Multilateral S&T Unit at Italy's Ministry of Foreign Affairs.

By declaring 2013 the Italo-Hungarian International Year of Culture and Science, the Italian Ministry of Foreign Affairs intends to promote an extraordinary opportunity to expand on the Italian relationships and acquaintance with Hungary, highlighting the good relationships that  have traditionally existed between the two countries. Commenting about the 2013 initiative, the Hungarian Foreign Affairs Ministry points to the "common roots" that cement ancient bonds based on art, music, theater and science.

This roundtable was part of the TWAS Science Diplomacy programme, which includes lectures, seminars, workshops, international meetings, and a regional prize. Other such events have included a science diplomacy workshop on energy policy, the 2nd MENA Educational Institute for Responsible Science, and the AAAS-TWAS Summer Course in 2014. A report on the roundtable with a full assortment of photos is also available.