For much of his career, former TWAS President Jacob Palis was an advocate for science in the developing world – first in Brazil, and then globally. The Abdus Salam Medal reflects his commitment to the vision and ideals of TWAS's founder.

Former TWAS President Jacob Palis has been named winner of the 2015 Abdus Salam Medal, reflecting his years of leadership and global impact in building science and engineering for the advancement of the developing world. 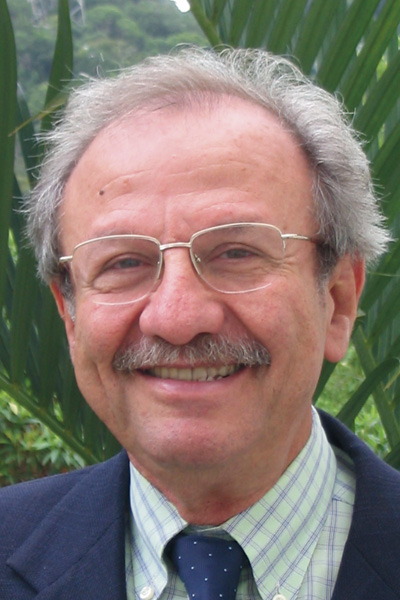 Palis, an early leader in Brazil's embrace of science for development, was elected a TWAS Fellow in 1991. He served as Secretary-General from 2001 through 2006, and as the Academy's president from 2007 through 2012. He also has served as president of the Brazilian Academy of Sciences since 2007.

"Professor Palis is a brilliant mathematician and scientist," said current TWAS President Bai Chunli of China. "Academically, he is very well recognized and highly regarded. He has contributed hugely to the promotion of scientific collaboration and the cultivation of a young generation of scientists in developing countries. Both as president of TWAS and as a TWAS member, his work and contributions brought us to where we are today."

Palis will receive the award at the 26th TWAS General Meeting, slated for fall 2015 in Angola. The TWAS Council named him as the medal winner during the TWAS 25th General Meeting in the Sultanate of Oman.

"Perhaps this most special honour was bestowed upon me in view of my great passion for TWAS, designed by Abdus Salam to carry on the building up of science all over the world, with focus on developing countries, to the benefit of their societies," Palis said.

The Abdus Salam Medal is one of TWAS's most prestigious awards. It is named for the eminent Pakistani physicist who founded the International Centre for Theoretical Physics (ICTP) in 1964, won the Nobel Prize in physics in 1979, and convened some of the most eminent scientists of the developing world to found TWAS in 1983. The medal was instituted in 1995, a year before Salam's death.

The outcome of Salam's work is seen across the world today, in nations such as Brazil, China, India and South Africa, where investments in science, engineering and technology have helped to drive historic advances in economic development and human well-being.

Palis was born in Uberaba, in the Brazilian state of Minas Gerais. He received an undergraduate degree at the Federal University of Rio de Janeiro, and then earned a PhD at the University of California at Berkeley. His work in mathematics focused initially on global stability of dynamical systems, and later on bifurcations and fractal dimensions, and the global scenario for chaotic systems.

In a profile published in the TWAS Newsletter in 2013, at the end of his second term as TWAS president, Palis described meeting Salam shortly after he was elected a TWAS Fellow. Salam, he recalled, offered some deceptively simple advice:

“I was privileged to hear that from him,” Palis recalled in the interview. “And I was not the only one – other friends had the same experience. He put in our heads the idea of being ambitious to think of big, impossible dreams. How to open our own countries, our own institutions, to the world.”

Palis took that advice to heart, becoming an energetic leader at TWAS, a strong presence at ICTP, and guiding figure in his home country. In 2010, he was awarded the prestigious Balzan Prize for mathematics.

Read more about Jabob Palis' work and leadership at TWAS.