Return to a pre-antibiotic era?

IAP, the global network of science academies, and the InterAcademy Medical Panel (IAMP), today urged immediate and sustained action to address the increasing incidence of dangerous pathogens that are resistant to antibiotics. 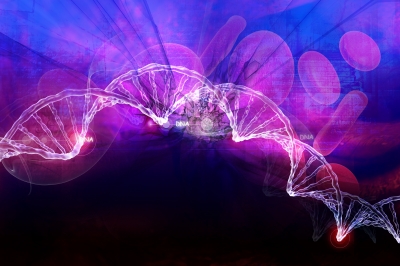 In the statement, 'Antimicrobial Resistance: A Call for Action', IAP and IAMP highlight the critical role that antimicrobial drugs play in today's medical practices. But research, education, policy and international cooperation are essential to counter a dramatic rise in the number of pathogens developing resistance to these drugs.

"The global pandemic of antibiotic resistance in both community care and hospital-associated infections represents a major health and economic burden and this crisis is being exacerbated by a relative lack of innovation in generating new antibiotics", says the statement. "We are in danger of returning to a pre-antibiotic era."

TWAS is among the academies that endorsed the call to action. Both IAP and IAMP are hosted by TWAS at its headquarters in Trieste, Italy.

Antimicrobial drugs include a range of powerful antibacterial, antiviral, antifungal and antiparasitic agents. To reduce the current major public health problem of antimicrobial resistance – and to avert a much worse crisis – IAP and IAMP propose a series of 10 recommendations.

On the release of the joint statement, IAP Co-Chairs Mohamed Hassan (Sudan, right) and Volker ter Meulen (Germany, left) commented: "Over the past few years, academies of science have compiled a broad range of recommendations for policy development to combat the ever-increasing threat of antimicrobial resistance. By joining with the InterAcademy Medical Panel and releasing this statement, we hope to raise the visibility of these recommendations, bringing them to the attention of policy-makers worldwide so that appropriate action is taken."

IAMP Co-Chair Lai-Meng Looi (left), of the Akademi Sains Malaysia, said: "As a practicing medical pathologist, I have seen first-hand the devastating effects that drug-resistant bacteria and other pathogens can have on patients, and how doctors and health-care practitioners have restricted choices in how they treat certain conditions. This statement should serve as a wake-up call to the global community that the current situation is not sustainable." IAMP Co-Chair Detlev Ganten (right), president World Health Summit Charité Berlin and chair of the Charité Foundation board of directors, added: "As a society, we are coming round to the concept of 'one-health', whereby we take a holistic view of human and veterinary medicine as a single, inter-connected system. The misuse of antibiotics in agriculture and the need for surveillance systems around the world, especially in developing countries, are just two of the issues that we need to address urgently, and which are among those highlighted in this joint statement."

In parallel with the release of the Joint IAP-IAMP Statement, a commentary is being published by The Lancet.

IAP is a global network of 106 of the world's science academies. Launched in 1993, its primary goal is to help member academies work together to advise citizens and public officials on the scientific aspects of critical global issues. IAP activities are supported by the government of Italy and by contributions of science academies worldwide.

The InterAcademy Medical Panel (IAMP) is a global network of 73 national academies of medicine and academies of sciences or engineering with medical members committed to working together to improve health world-wide, especially in low-income countries. IAMP activities focus on institutional collaboration to strengthen the role of all academies in alleviating the health burdens of the world's poorest people; build national scientific capacity in research and higher education to improve health; and provide independent scientific advice on health and science policy to national governments and global organizations.

The world's science academies have been producing joint statements through IAP since 1994, when they produced their first statement on population growth. Statements since then have covered topics including ocean acidification, biosecurity, sustainable development and deforestation, while IAMP statements have covered the health co-benefits of climate change mitigation, and health research capacity building in low- and middle-income countries.