Women in science in Cuba

Over the past half century, Cuba has made great strides in providing opportunities for women in science. The numbers tell the story, says Lilliam Alvarez Diáz. 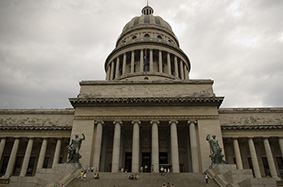 Women hold more than two-thirds of the positions in Cuba's science and technology sector. That represents one of the highest percentages in the world. In Europe, by contrast, the figure stands at about 25%. 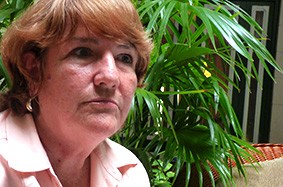 That is just one of the percentages that TWAS Fellow Lilliam Margarita Alvarez Díaz cites when talking about the important role of women in science in Cuba. For example, she also notes that women constitute nearly 30% of the membership of the Cuban Academy of Sciences where she serves as the executive secretary. This compares to 6% in the Chinese Academy of Sciences and 10% in the United States' National Academy of Sciences. Díaz offered her insights during an interview conducted by the TWAS editor at a meeting in Havana.

She attributes these favourable statistics to the principles of social inclusion and gender equity established during and after the Cuban Revolution in the early 1960s.

"No special privileges were given to Cuban women who were interested in science," Díaz explains. "Instead they were provided the opportunity to choose the careers they wanted and they were largely assured that the measure of their success would be determined by the degree of their talent and dedication." Under these circumstances, inevitably many women with an aptitude and passion for science were able to fulfil their ambitions.

Díaz concedes that women are more likely to be scientific researchers than scientific administrators or managers. Nevertheless, she says that a significant number of women hold high-level positions in government. For example, women currently head the national environmental agency and the patent office, and for more than two decades from the mid-1980s to 2004, a woman served as minister of science and technology. Leaders in industry, in contrast, remain largely men.

Díaz also notes that Cuban women are represented in all fields of scientific study. "They have even reached the 50% threshold in engineering, historically a domain reserved for males. The two disciplines that are exceptions are mathematics, where just 10% of the researchers are female, and physics, where only 5% are." Ironically, Díaz herself is trained as a physicist having earned a MSc degree in nuclear physics in 1976 from the University of Havana and a PhD in physics and mathematics from the USSR Academy of Sciences' Computer Centre in the former Soviet Union in 1989.

Unlike many other countries, where efforts to increase the number of women in science continue to fall short of their intended goals, Díaz says that "the issue of gender equity in Cuba has largely been resolved".

Yet, she is quick to add that science in Cuba still must contend with a host of complex issues that defy easy solutions. "For example, young people in Cuba often have an unfavourable view of science", she observes.

They believe that most scientific disciplines are too difficult to learn, they contend that the rewards are too modest for the time and effort they must apply to succeed, and they complain that the goal posts marking the end of study and the beginning of a career continue to slide forward from a bachelor's degree to a master's degree to a PhD degree and a post doctorate appointment – making the journey seem interminable. Not surprisingly, many young university students find other careers, most notably in such prestigious fields as medicine and computer science, more appealing – a perception that is often shared by their parents and friends.

"It's not uncommon for waiters, taxi drivers and tour guides to earn substantially more than researchers and professors", Díaz laments. "So it shouldn't be surprising that university graduates are choosing to forego graduate studies to seek jobs in Cuba's growing tourist industry and other nongovernmental sectors."

For all these reasons, "ensuring that there will be a sufficient number of scientists to fill the posts left vacant by retiring professors," notes Díaz, "is becoming a serious challenge in Cuba." The prospects for meeting that challenge, she adds, would be even more daunting if her country had not achieved gender equity in science and technology.

As far as Díaz is concerned, that is just one more reason why having a large number of women pursuing careers in science is not just good for women but also good for society.