Workshop in Trieste: STI cooperation in the Balkans

The role of science academies in advancing science, technology and innovation in the Balkans will be a key topic of discussion at an international workshop taking place in Trieste, Italy, on 9 and 10 September 2010. 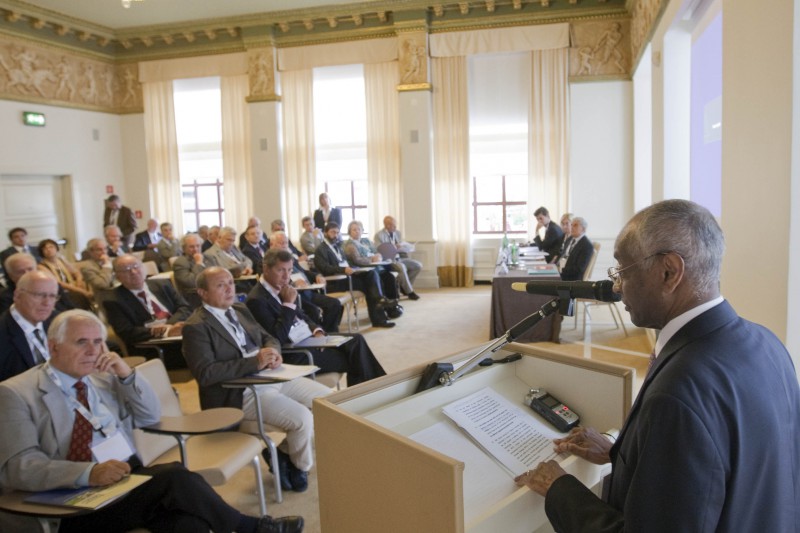 The workshop on 'The Role of the Academies in Promoting Regional Cooperation in Science, Technology and Innovation (STI) in the Balkans' is jointly organized by TWAS, the academy of sciences for the developing world and IAP, the global network of science academies, at the request of the Italian Ministry of Foreign Affairs (MAE). More than 60 participants from 19 countries, including presidents and representatives of academies in Albania, Belarus, Bosnia-Herzegovina, the Czech Republic, Kosovo, Macedonia and Montenegro will be in attendance. Representatives from the Italian Ministry of Foreign Affairs and the Italian Ministry of Education, University and Research (MIUR) will also participate.

The two-day event is divided into two broad tracks.

Sessions during the first day and a half will focus on a range of cutting-edge science and technology topics, including information and communications technologies, biotechnologies, climate change, environmental risks and natural hazards, nanotechnology and physics and astrophysics.

"The goal of these sessions," says Mohamed Hassan, executive director of TWAS and co-chair of IAP, "is to showcase the breadth and depth of knowledge that currently exists among countries in the region in these fields of science." The participation of scientists from Trieste's scientific institutions, Hassan adds, is designed to provide "a broad platform for the sharing of information and ideas."

The concluding session of the workshop will focus on the role that the academies in the Balkans play in providing evidence-based information to governments.

"Countries in the Balkans have experienced a period of dramatic change over the past two decades," says Hassan. These changes have had a significant impact on the relationship of the region's academies to society. "The traditional frameworks under which academies in the region have operated," notes Hassan, "have largely been reformed and replaced by forces that have dramatically realigned the academies' relationship not only to government but also to other sectors of society."

The reform agendas that the academies in the region have pursued to meet the changing circumstances in which they find themselves will serve as a major topic of discussion in this concluding session.

The workshop will take place at Hotel Savoia Excelsior Palace, Riva del Mandracchio, Trieste, Italy. The abstracts of the presentations are available as PDF file below.

Download(s):
Tags:
IAP_OtherAcademies
South-South
science-based development
Balkans
MAE
South-North
innovation
news_item
meeting
Your subscription could not be saved. Please try again.
Your subscription has been successful. An e-mail with a link has been sent to confirm your subscription.
This website does not use profiling cookies, but only first and third party technical cookies, including cookies from social media plugins.
To learn more about our cookie policy or to change your cookie settings, click here.
By using this website and clicking “accept”, you consent to the use of cookies in accordance with our cookie policy.Accept