The assignment was simple: Develop a science diplomacy project appropriate for the developing world. But at the AAAS-TWAS summer course, participants confronted tough choices and the need to compromise.

Bring together three dozen people who want to learn about science diplomacy. Add experienced practitioners, hands-on activities, and then have these people debate examples taken from real life. The result is a vibrant course in science diplomacy, like the one organized by the American Association for the Advancement of Science (AAAS) and TWAS, where students learned how to approach real situations where both science 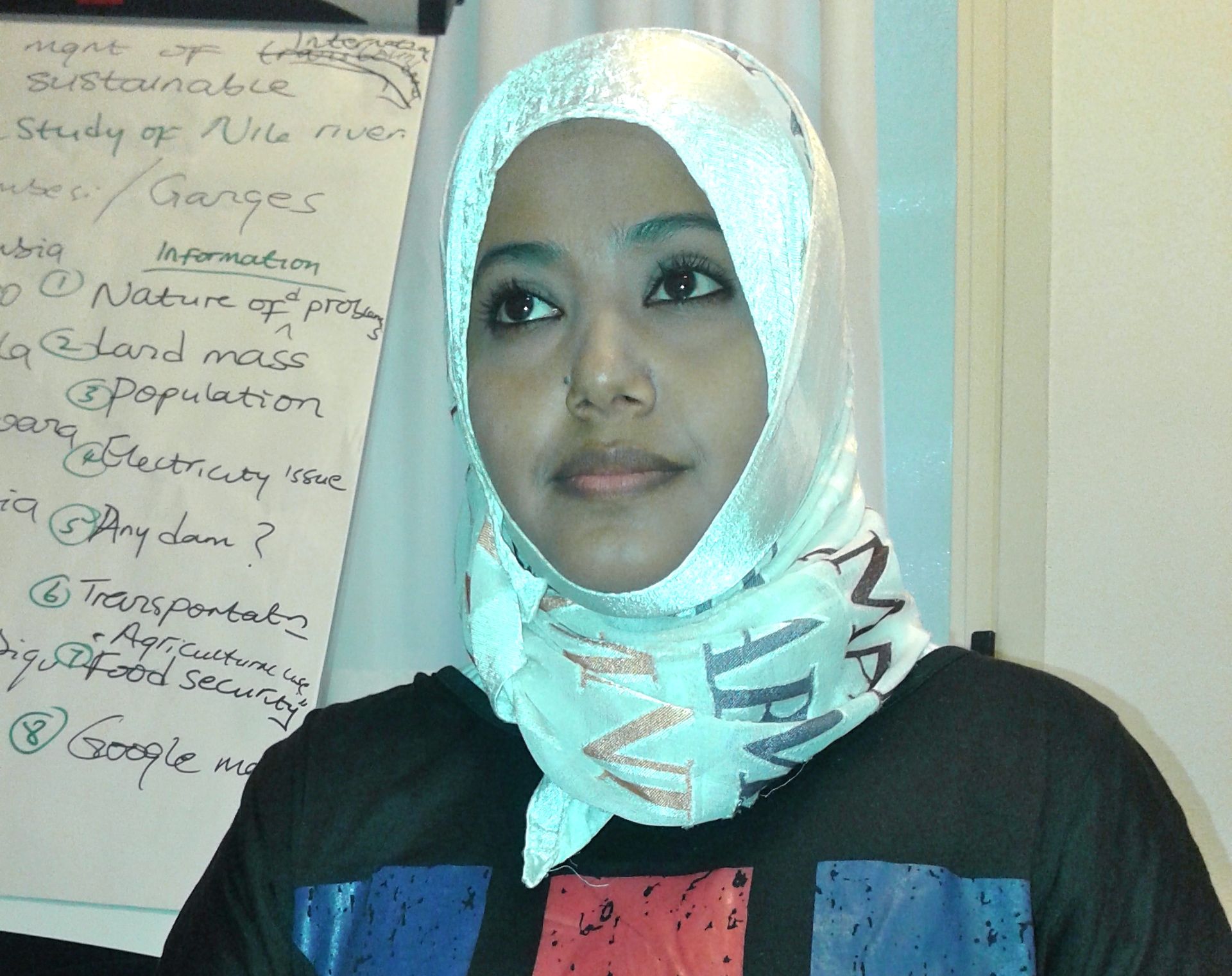 knowledge and diplomacy skills are central.

The hands-on assignments were central to the course, and they went beyond academic exercises. Four teams of participants, representing many diverse nations and interests, were asked to develop science diplomacy projects with real-world value. How do nations manage rivers that cross many borders? How can they improve first-grade education, or improve the quality of PhD programmes? The assignment generated brisk discussions, reflecting different backgrounds, different national interests, and sometimes competing views of fairness.

The result was clear: Not only did the participants develop novel ideas for bringing nations together to solve important needs, but they also inspired many of the participants, Abeer Ahmed Qaed among them. She's the chair of the  pharmacy department at Alsaeed University in Yemen, and she served on the group that worked on how nations can share river resources so that all benefit.

“This team was really uplifting," Qaed said. "I have acquired useful hints that I will certainly use when I go back to my country. Using what I have learned here, I can probably help solve a thorny conflict that is going on in my country. Now I think differently!” She has a specific challenge in mind: People from two villages in the Yemeni region of  Qoradah and Marzoh are contending for possession and use of a river that flows in between. “Children cannot go to school safely," she said, "because of this long-lasting fight that began some 15 years ago." 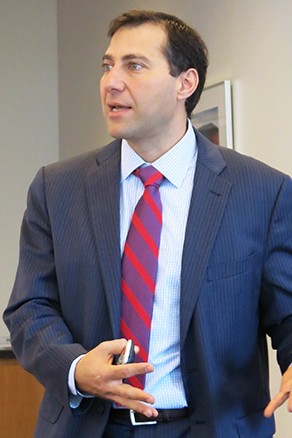 The summer course, from 8-13 June, was the first of its kind organized by AAAS and TWAS. The success of the course that was held at TWAS's headquarters in Trieste, Italy, was due in part to 14 high-level science diplomacy guides, including:  Vaughan Turekian and Norman Neureiter both from AAAS; Atsushi Sunami, deputy director, science, technology and innovation policy at the National Graduate Institute for Policy Studies, Japan; Marek Konarzewski from the University of Bialystock, Poland; Raymond Orbach, from the department of mechanical engineering, The University of Texas at Austin; and Robert Swap, 2012 Carnegie/CASE Virginia Professor of the year, and the director of University of Virginina in Southern Africa.

But equally important was the group of 36 attendees, who came from Albania, Brazil, China, Egypt, Ethiopia, Nigeria, North Korea, Oman, Pakistan and other nations. Most of them already have skills either in science or in diplomatic themes. All were highly motivated and enthusiastic, because they were representing countries where science diplomacy is gaining momentum.

Their enthusiasm was visible on the final day of the course, when one spokesperson in each group had to illustrate the outcomes obtained during the two-day workshop.

Qaed's group had considered ways to effectively manage transboundary rivers in order to support sustainable development in all the nations along the river's course. The case in point was the Nile, the longest river in the world, which flows across 11 countries from the heart of Africa to the Mediterranean Sea.

The group, headed by Sameh H. Soror, associate professor of biochemistry and molecular biology, Helwan University Cairo (Egypt) and the co-chair of the Global Young Academy, considered geographic features, the uneven distribution of fresh water, political issues as well as population growth and the lack of a common management system among the states where the Nile River unwinds its course. 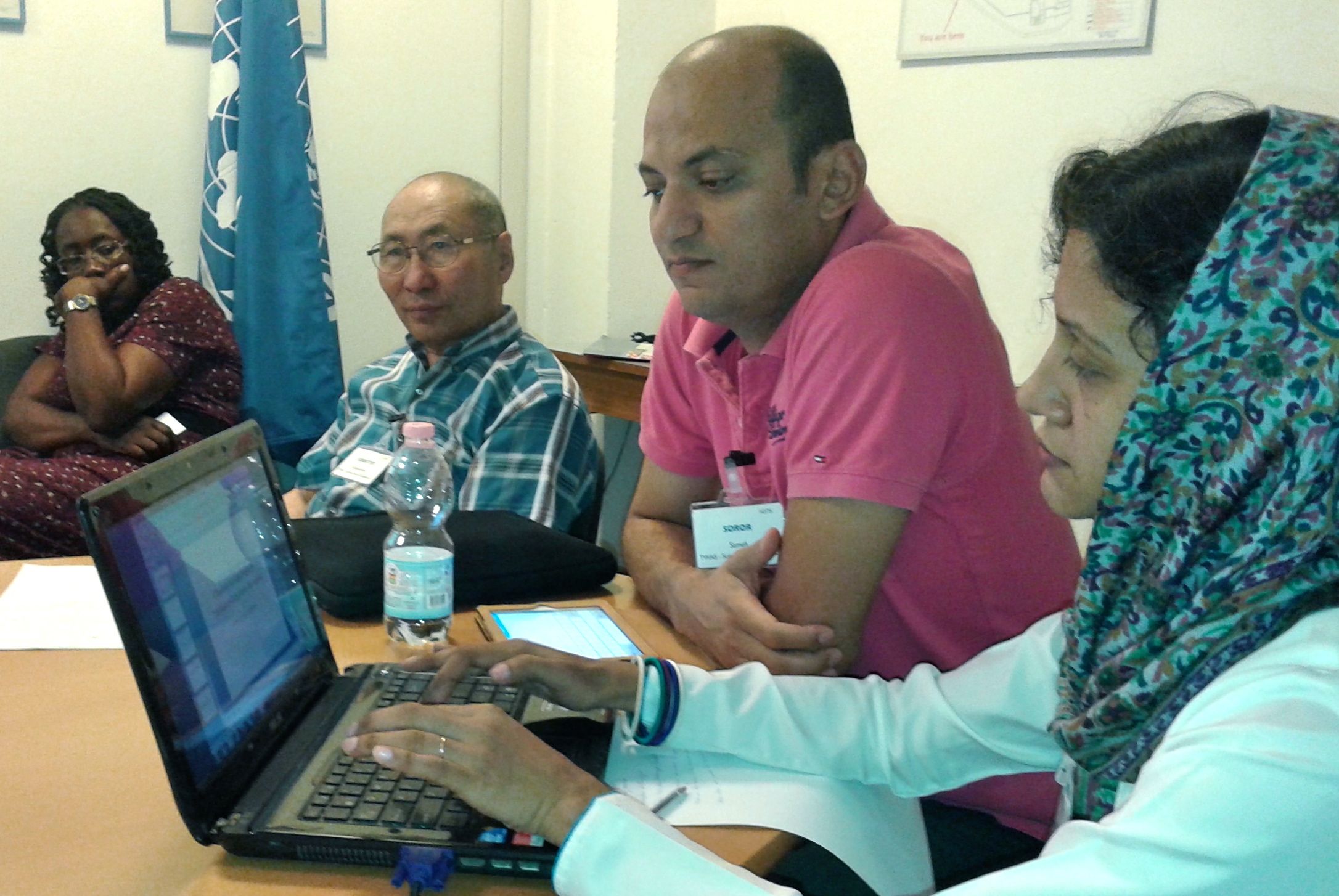 “It was a very complex task," Soror said, "because we knew that the burden of national political frictions among countries could interfere with the flow of discussions. So we decided to set a feasible goal: We reasoned about the best way we, as scientists, could eventually provide valuable data and information to policymakers, to orient their decisions. We came up with two actions that seem to be essential: To advise policymakers on the importance of recommending strategies, and to create a technical group made of science academies members, to act as an advisory board on scientific matters.”

Education was the focus for two of the groups. In one, participants discussed the importance of strengthening and establishing a renewed science and education system, by involving non-governmental organizations (NGOs) and other parties.

“We agreed that, to achieve this goal, nations should work on a number of common goals: Harmonize curricula and methods; share larger infrastructures; and offer professional development to teachers,” explained Solange Martinez Demarco, consultant at the Department of Policies and Planning, Ministry of Science, Technology and Productive Innovation of Argentina.

“Albania has its own history of science diplomacy," said academician professor Salvatore Bushati, PhD and head of section of natural and technical sciences at the Academy of Sciences of Albania (ASA). “Science Education is crucial. In Albania we have many governmental institutions, academies, universities, but also non-state actors and NGOs. Coordination among them is often scarce. If we want to address problems, we should harmonize the programmes at the national and regional level. Many Albanians live in Macedonia, Montenegro and Bosnia. One agreement between the two ministries of education of Albania and Kosovo, who decided to use the same books in all the elementary schools, has generated a message of tolerance in the region."

Education at the PhD level was the core of discussions in the group led by Mauro Rebelo, professor at the Institute of Biophysics Carlos Chagas Filho, at Federal University of Rio de Janeiro in Brazil. “We need to change the education at the PhD level, because better scientists can make a better world,” he explained. In fact, his remark quoted the motto adopted by his group. But, the group concluded, the Western model of higher education might not fit nations like China, India and others. 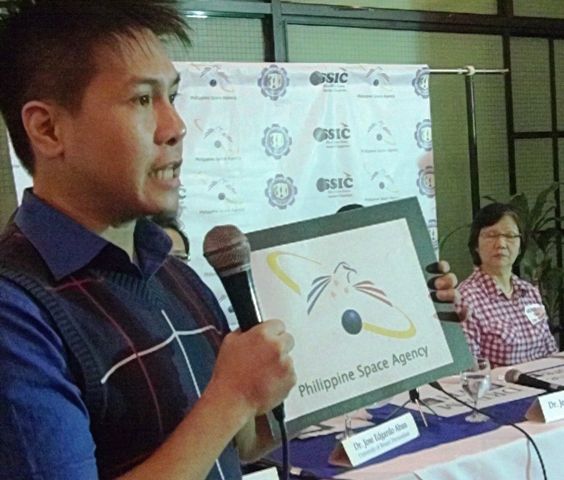 Besides, there are things that universities never teach. "One of these is communication and outreach, which certainly need more consideration and implementation,” observed Custer C. Deocaris, the president of Neuroworks Inc. in Quezon City, Philippines. Deocaris is also Professor of Technological Institute of the Philippines, the proponent of a landmark bill in Congress that seeks to establish the Philippine Space Agency and one of the recipients of the 2013 TWAS Regional Prizes for Public Understanding and Popularization of Science.

Deocaris also pointed to the need of establishing a science communication programme tailored to Southeast Asia. “Getting scientists out of the laboratories, to engage in entrepreneurial activities as well as outreach would have an impact on policy as well”, he said.

The fourth group chose to explore how to establish an international centre for science diplomacy, “… a centre that brings together scientific and diplomatic communities to discuss and resolve issues at the interface of science and politics.” The participants reasoned about the great divide and how to create a two-way bridge between science and policy.

Vibrant presentations – and at times, tension – marked the debate. But, as Wei Liu, from the Chinese Academy of Engineering in Beijing, China, noted: “At this course I have witnessed an inspiring example of correctness, when Professor Atsushi Sunami, rather than focusing political frictions, has highlighted efforts of China and Japan to cooperate. This is a lesson of wisdom and positive cooperation that we should apply in our countries.”

Scientists, it turned out, need to engage more prominently as advisers in global issues, but as a first step they need to change their attitude and convince themselves that they can make a difference.

The course participants seemed to agree on several key points. For example, it's important for the scientific community to set up long-lasting relationships with the diplomatic community, and to provide scientific advise to diplomats. And it's helpful to bring many different groups and communities into those discussions.

Another conclusion: Scientists need to acknowledge that science would benefit from more imagination and fantasy. As Mandisa Mbali, from the Department of Sociology and Social Anthropology at Stellenbosch University, South Africa, stated in her advocacy for new ways to learn: “Today’s programmes tend to suffocate and limit people’s ingenuity. Intelligence is not mnemonic knowledge; rather, it has to do with creativity. And the PhD courses should give more credit to this concept.”

"Understanding different points of view in different settings is key to science diplomacy," said Turekian. He mentioned the importance of having scientists  travel and learn abroad, and praised the pivotal role that TWAS has been playing for over three decades in promoting such a goal. "Then, once you are back to your country, you can write articles and be advocates for not only science, but critically for the role that science can play in informing sound policies."

As a conclusion to the course, the participants were given a final assignment. Within a month, they must produce a final paper to prove their newly acquired skills in science diplomacy.

The course Hilmers took part in was part of the TWAS Science Diplomacy programme, which includes lectures, seminars, workshops, international meetings, and a regional prize. Other such events have included the Budapest science diplomacy roundtable, a science diplomacy workshop on energy policy and the 2nd MENA Educational Institute for Responsible Science. You can also read an announcement of the event, a story about the importance of the event, and interviews by TWAS with Vaughan Turekian and David C. Hilmers.

For an engaging review of ideas and issues, read Science & Diplomacy, a journal published quarterly by AAAS, the American Association for the Advancement of Science.

Tags:
science diplomacy
2014
AAAS
Vaughan Turekian
Norman Neureiter
Global Young Academy
Academy of Sciences of Albania
Philippine Space Agency
2013 TWAS Regional Prizes
Public Understanding and Popularization of Science
Your subscription could not be saved. Please try again.
Your subscription has been successful. An e-mail with a link has been sent to confirm your subscription.
This website does not use profiling cookies, but only first and third party technical cookies, including cookies from social media plugins.
To learn more about our cookie policy or to change your cookie settings, click here.
By using this website and clicking “accept”, you consent to the use of cookies in accordance with our cookie policy.Accept