The Yemeni researcher is working to develop faster ways of studying and testing tuberculosis, helping researchers track drug-resistance, which is a threat to the people of her war-torn country.

Yemeni microbiologist Fathiah Zakham, whose research is focused on controlling the spread of drug-resistant tuberculosis, is the winner of this year’s TWAS-Fayzah M. Al-Kharafi Prize. 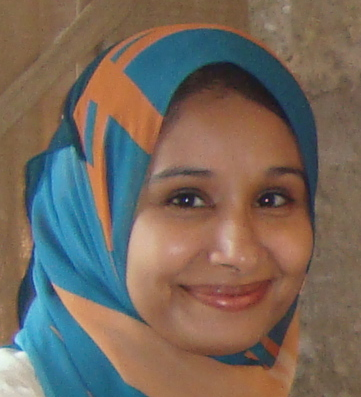 Zakham’s story reflects a special challenge: With her home country troubled by war, it’s far more difficult for her to carry out her work as a researcher at the School of Medicine and Health Science in Hodeidah University. She is currently in Switzerland, working in a postdoctoral position at the University Hospital of Lausanne through a Swiss fellowship. But she remains focused on conditions at home, researching ways to improve tuberculosis prevention efforts in the Middle East. The need is acute today, and will remain important after the Yemeni war ends.

“The incidence of tuberculosis is high in Yemen – the highest in the Arabian Peninsula," Zakham said. "During this war, we stopped doing culture (growing samples of the bacteria) due to electricity outages. So we should find efficient solutions.”

The annual Al-Kharafi Prize, now in its second year, recognizes exceptional women scientists from scientifically and technologically lagging countries. This year it recognizes Zakham’s contributions to improving tuberculosis diagnoses to help prevent the spread of drug-resistant strains of the disease. The prize is the latest among her accolades, including the Gro Brundtland Award for professional performance in sustainable development and public health among young female scientists.

The prize is named for 2004 TWAS Fellow Fayzah M. Al-Kharafi from Kuwait, who generously provides the USD4,000 award. Al-Kharafi, the former president of Kuwait University, was the first woman to head a major university in the Middle East. She is also a former TWAS vice president for the Arab Region.

For Zakham, being in Yemen after the start of the Yemeni Civil War in 2015 meant living with the possibility of battle. That year, while working at her primary institute, the Faculty of Medicine and Health Sciences of Hodeidah University, she and her colleagues frequently heard the sound of nearby airstrikes.

“Once I was with my students and the airstrikes began," she said. "I asked my students to leave but they refused. I continued and then there was a very strong airstrike close to the faculty of education, and the students went screaming and running down the hall.”

Eventually, on 27 May 2015, the institution was destroyed in an air attack. Four of her colleagues were killed. Hardly anything remained of the building but rubble.

Zakham tried to stay in Yemen, even though the war and the constant power outages rendered it nearly impossible to grow bacteria for experiments. She finally accepted a Swiss Excellence Fellowship this year at University Hospital of Lausanne from the Swiss Federal Commission for Scholarships for Foreign Students. But she still wants to return to her home country someday, where microbial and infectious disease research is more relevant than ever.

A third of the global population is infected with latent tuberculosis and 9 million cases of the illness become active every year. It is infectious and contagious, and a major threat in many developing countries. According to the World Bank, the incidence in Yemen in 2016 was 48 cases of active tuberculosis per 100,000 people.

And the war has only made things worse for disease control of all kinds.

“The situation is so horrible now in Yemen. We do not have access to clean water,” she said. “In 1977, the Ministry of Health in Yemen declared the eradication of cholera in Yemen. And now? We have a cholera crisis.”

Tuberculosis cases in particular are difficult to research, because the microbe takes as much as two months to grow in a laboratory. Meanwhile, resistant strains of tuberculosis are very dangerous, and are able to ward off as many as 16 antibiotics.

But Zakham said that among her colleagues, she is the only one studying tuberculosis. The other scientists tend to focus on more-fast growing microbes for which results can be acquired after just two days. Studying diseases that take less time to experiment on allows them to publish more easily and develop their careers more quickly.

Zakham is trying to develop a way to speed up tuberculosis research. First they collect pulmonary samples from patients and try to cultivate them on special culture media, and at the same time they can hunt for mutations in the bacteria’s DNA. A tuberculosis bacterium becomes drug-resistant when its genes mutate, so scientists use genomic sequencers to explore the  genomes of the bacteria in pieces and look for mutated genes one piece at a time.

Once they have enough information on mutation, they can then identify which patients have drug-resistant versions of the disease. The researchers then analyze those patients’ lives, who they interact with and how the disease is spreading, to keep it from spreading more.

The process Zakham is working on is called “next-generation sequencing,” a technique that would allow them to explore more parts of the DNA all at once, thus making diagnoses faster. The whole process then becomes more efficient, and they can respond to an outbreak of a drug-resistant strain of tuberculosis more quickly to limit its spread

“Traditional methods are not efficient,” she said. “Genomic analysis is the best solution. However, the lack of sophisticated equipment is still an obstacle in developing countries.”

Zakham has also written a review article – which serves as an overarching assessment of the state of the field – on viral hemorrhagic fever and will soon write a second review specific to these fevers in the Middle East. “We have new emerging viral diseases in the region," she said, "especially in Yemen and Saudi Arabia.”

Fayzah M. Al-Kharafi was the first woman ever to lead a university in the Middle East, serving as president of Kuwait University from 1993 to 2002. She was elected to TWAS in 2004 and served six years as a vice president of the Academy, with her term ending in 2016. The same year, she generously funded the new prize to acknowledge female scientists from science- and technology-lagging countries. As a chemist, Al-Kharafi's research has focused on the corrosion of metals, a crucial challenge for the oil industry, water treatment systems and other key sectors in Kuwait.

The World Academy of Sciences for the advancement of science in developing countries – TWAS – works to advance sustainable prosperity through research, education, policy and diplomacy. TWAS was founded in 1983 by a distinguished group of scientists from the developing world, under the leadership of Abdus Salam, the Pakistani physicist and Nobel Prize winner. Today, TWAS has some 1,200 elected Fellows from 96 countries; 15 of them are Nobel laureates. The Academy is based in Trieste, Italy. Through more than three decades, its mission has focused on supporting and promoting excellence in scientific research in the developing world and applying scientific and engineering research to address global challenges. TWAS receives core funding from the government of Italy and essential programmatic funding from the Swedish International Development Cooperation Agency (Sida). The United Nations Educational, Scientific and Cultural Organization (UNESCO) administers TWAS funds and personnel.