Globalization is a driving force in today’s world. And, not surprisingly, it’s a source of a great deal of discussion and debate, says William E. Rees, professor of community and regional planning at the University of British Columbia in Canada. 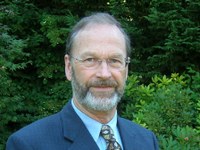 "Yet, it's not globalization per se that's the problem," he says. "It's the way we're going about it." And the way we are going about is placing global well-being at risk. Rees made his remarks during a plenary talk at the 2010 Footprint Forum, which took place in Colle di Val d'Elsa, near Siena, Italy. About 200 scientists, economists, business people and public officials attended.

"We are exhausting the Earth's resources at an unsustainable rate," Rees says.

Rees notes that the goal of globalization, as currently practiced, is to create a world in which trade takes place freely across borders. The concept, he adds, is based on a number of assumptions that have rarely been challenged.

The latter principle has been a key element of classical economics for decades and it continues to be a fundamental principle of economic policies in many countries today. To bolster his point, Rees cites a remark made by Larry Summers in the early 1990s, when Summers was the World Bank's chief economist: "There are no limits to the carrying capacity of the Earth that are likely to bind any time in the foreseeable future." It's a view still shared by most economists. Summers is currently US President Barack Obama's top economic advisor.

But several trends have called into question the ability of the environment to withstand the pressures posed by globalization and the increased international trade it has engendered. Rees points to the 2007 spike in food prices as an example of the kinds of shocks that we can expect in the future as a result of growing global demand for limited resources. He also notes that in response to the crisis, several rich countries have purchased agricultural land in poor countries as an insurance policy against future risks to food security. To date, some 50 million hectares have been leased. That's twice the amount of land that is allocated to agriculture in France.

Rees, however, doubts that these contracts can be enforced during a global food emergency. He believes that if another crisis emerges, countries that have leased the land will likely annul the contracts and appropriate the land to meet the food needs of their people.

Improvements in global well-being and environmental sustainability could be achieved if significant reforms are enacted.

"Wealthy countries," Rees laments, "are using their paper wealth to appropriate the ecological health of poor countries." Yet, despite his gloomy assessment, he remains convinced that improvements in global well-being and environmental sustainability could be achieved if significant reforms are enacted. For rich countries, he says, this means altering lifestyles to reduce consumption levels. For developing countries, it means leap-frogging existing technologies to pursue a growth agenda that leaves a 'light footprint' on natural resources and the landscape.

Achieving these reforms won't be easy, admits Rees, who with Mathis Wackernagel coined the term "ecological footprint" in 1992. But he says surveys show that the people in developed countries are generally dissatisfied with their current situation and that the levels of dissatisfaction have been rising for the past several decades. As a result, he thinks that large percentages of people in developed countries would be receptive to reforms that trade the endless quest for material well-being for policies that promote both personal satisfaction and a sense that the well-being of future generations is not being placed at risk. At the same time, Rees cites recent investments by China in renewable energy as an example of a developing country willing to aggressively pursue newer, more benign technologies.

The 2010 Footprint Forum took place from 7 to 12 June 2010. Representatives from more than 120 institutions participated, including TWAS. For additional information, see www.footprintnetwork.org.