Straight talk about nature and biodiversity

"People intrinsically understand that nature bestows untold benefits that we all value and cherish as human beings," says Julia Marton-Lefèvre, director general of the International Union for Conservation of Nature (IUCN). 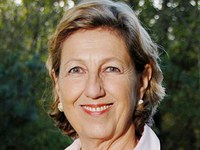 "But what the public often fails to fully appreciate are nature's direct and enduring contributions to a nation's overall economy and the financial well-being of its citizens." Marton-Lefèvre made her remarks in an interview published in the most recent edition of the TWAS Newsletter.

"A loss of biodiversity would adversely impact a broad range of ecosystem services," she says. These services include access to safe drinking, the protection of densely populated coastal regions and the ability of forests to serve as a 'sink' for carbon dioxide. Economists estimate that damages due to biodiversity loss cost the economy between USD1.35 trillion and USD3.1 trillion a year.

"These estimates," she notes, "tell us two things: that the economic impact of biodiversity is significant and that, in light of the broad range of estimates, the losses due to biodiversity are difficult to measure." That's because, historically, "ecosystem services have been viewed as free goods – or externalities – that lie outside conventional methods of determining wealth."

Marton-Lefèvre cites three important factors that could help improve efforts to assess the value of biodiversity and gain public support for the effort.

First, there is a need to ensure that our knowledge of biodiversity and the strategies for its conservation are based on science. That is why, she says, that the work of TWAS and the global scientific, more generally, is so important.

Second, Marton-Lefèvre says that steps need to be taken to "integrate the economic value of ecosystems into national and global accounting systems". That is why she is encouraged by the Economics of Ecosystems and Biodiversity (TEEB) initiative. In conjunction with the International Year of Biodiversity, TEEB has published a series of reports over the past year examining the "economics of ecosystems and biodiversity".

Third, she insists that the issues should be presented "in more personal and less abstract terms", and that researchers should focus on short-term, and not just long-term, impacts both on the environment and economy. This, Marton-Lefèvre adds, "could go a long way in overcoming the public perception that the issue of biodiversity is an elitist concern of little consequence to the average person."

"The world's 1.1 billion poorest people – earning less than USD2 a day – derive half of their welfare directly from nature." For these people, she says, "nature is not just a source of aesthetic pleasure or an ethical imperative. It is a matter of day-to-day survival."

"If we succeed in putting science to work in protecting nature and in promoting sustainable economic growth," Marton-Lefèvre observes, "we will be performing a great service for humanity."

Tags:
biodiversity
energy
science-based development
IUCN
economic value of ecosystems
conservation
news_item
footprint
food security
green technologies
Newsletter article
Marton-Lefèvre
Your subscription could not be saved. Please try again.
Your subscription has been successful. An e-mail with a link has been sent to confirm your subscription.
This website does not use profiling cookies, but only first and third party technical cookies, including cookies from social media plugins.
To learn more about our cookie policy or to change your cookie settings, click here.
By using this website and clicking “accept”, you consent to the use of cookies in accordance with our cookie policy.Accept